Patrick Wilson, star of the sleeper hit of this summer, The Conjuring, has secrets to tell and rumors to confirm. All six-foot-one of him sauntered into our interview last week in Midtown Manhattan. His swimming-pool eyes are even more piercing in person than they are on screen.

The hunky Wilson clearly works out and his dentist is most likely quite proud of the star’s perfect white chompers. But aside from being easy on the eyes and closely resembling Paul Newman, Wilson had a lot to share.

Dorri Olds: Can you confirm the rumor that your wife Dagmara Dominczyk will be in your upcoming movie, Ward’s Wife?

Patrick Wilson: Yeah! We just finished. It’s a black comedy that my brother-in-law Scott Foley wrote, directed and stars in. He’s married to my wife’s sister Marika, who is also in the film.

There’s a third sister in the movie, right?

Yes, Veronika. Our friends Donald Faison and Amy Acker are also in it, and Nicollette Sheridan.

What other upcoming projects can you talk about?

It’s been a busy year. There’s been a ton of things — very interesting and different stuff. With films, just like in comedy, you can’t just keep doing the same jokes over and over. You have to change it up. Working on lower-budget films gives you much more freedom to do what you want. I just wrapped Stretch, an action comedy that Joe Carnahan wrote and directed. It stars Chris Pine, Jessica Alba, Ray Liotta, and Brooklyn Decker. North of Hell is a dark comedy with Katherine Heigl, Jordana Brewster and Jim Belushi, and it’s super funny and crazy.

What can you say about The Conjuring? Is there going to be a sequel?

Oh yeah, I don’t mind furthering the gossip — there is definitely going to be a sequel. There’s one case about two sisters in London that were possessed. There are thousands of cases, though, so there may be more than one in the film. I don’t know yet. I haven’t read the script.

Did you read about the London case with the two sisters?

Yeah, if you go to The Demonologist [the book about real-life ghostbusters Ed and Lorraine Warren], in the latter half of that book, it gets pretty intense and insane.

Do you believe in any supernatural stories?

I did a lot of research for The Conjuring. There is definitely another world or force out there. But I’ve never really seen or heard things myself. I’ve had some unexplained things happen. The Conjuring scared a lot of people. It might have to do with whether or not you grew up with religion. That’s part of whether you believe it or not.

Do you have any theater work on the horizon?

Not immediately. I say this every time and it really is true: I’m constantly looking. A lot of actors leave the business because they can’t stand not knowing what their next job is. I don’t care. It’ll work itself out. I’ve also been very fortunate that I’ve been working a lot. With theater you have to plan it so far in advance. It’s very hard for me to go, “Next spring, I want to do so and so for eight months.” It’s very difficult. I’ve been looking for musicals to do, but it’s hard to find a good role in something that I want to do that I would want to sit in for a while. Especially with Broadway, you’re going to be there for at least six months, and that’s a haul. I’ve shot four films in six months. I came up doing a lot of theater where I would do roles for a year, a year and a half, and that’s fun but it also means putting my kids to bed for only one night a week for all that time. I love doing theater. I did theater for a long time. The reason that my wife and I still live here in New York is to do theater, but it just takes a lot of planning.

In many of your films you’ve worked with child actors. Do you enjoy that?

To be honest with you, I keep my distance from kids on set. I’m a dad, I have two boys, but when working on a film it’s a fine line. I want to surprise them, so I don’t want to tell them exactly what I’m going to do. That little bit of fear is probably good. I mean, not in a child abusive kind of way; I don’t want that. I mean, if you’ve just terrified them during filming, you have to then go make sure they’re okay. You have to know that if you’re their buddy the whole time, then when it comes time to work, they’re still joking around and you’re like, “Yeah, but, I need to work now.” Child actors need to know that they are there to work even if it’s all fun and games on set, so you’ve got to know how to rein them in. My tagline is always, “I’m not here to make friends. I’m here to work.” [Laughs] That really is terrible to say, but it’s true. 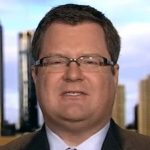 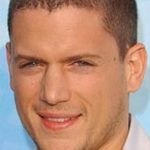