And for very different reasons, drafting either is a risky proposition.

So yeah, Manziel’s unofficial middle name is literally “Football,” and in college — the key words are in college — he was a human highlight reel (with apologies to Dominique Wilkins, the original HHR). In 2012, the Texas A&M star became the first freshman to ever win the Heisman Trophy. He broke reams of records, including becoming the first freshman (and fifth player) in NCAA history to throw for 3,000 yards and rush for 1,000 more.

But as teams are deciding whether to hitch their franchise to Mr. Football, there are two things they need to be worried about, and both involve his head. First, it is only 6-feet-1 inches off the ground. The other is what that head sometimes tells him to do, which has landed him in hot water during his Big Man On Campus Days.

Let’s tackle the size issue first. If he truly is 6’1″ (that official listing might be a bit generous), that would put him two inches under the league average height, according to a 2013 Los Angeles Times article. And while shorter quarterbacks like Seattle’s Russell Wilson (5’11”) and New Orleans’ Drew Brees (who clocks in at an even 6 feet) have become NFL stars, they are the exception, not the rule. The prototypical quarterback in 2014 is someone like the Colts’ Andrew Luck (6’4″) or the Ravens’ Joe Flacco (6’6″). And while Manziel’s haphazard scrambling style perfectly fits the read-option offense, that trend seems to already be on the way out in the league (see also, Robert Griffin III). And (see also again, RG3), it’s a style of play that often leads to injury.

Now, for the sake of argument, let’s assume the Houston Texans, who have the top pick Thursday, are convinced that Manziel can overcome his (ahem) shortcomings and his electrifying style of play will translate from the college ranks to the NFL.

Then what about the media circus that will likely accompany him to Houston?

Think Tim Tebow, but less Jesus and more jerk. Before he even took a snap his freshman year, Manziel was arrested and charged with disorderly conduct, failure to identify and possession of a fake driver’s license after a late-night fight in College Station, Texas. He was investigated (and later cleared) by the NCAA for allegedly signing autographs for money, but was nonetheless suspended for half a game by his school. He was given an unsportsmanlike conduct penalty after jawing with an opponent and pointing to the scoreboard during a game against Rice, then verbally sparred with his head coach Kevin Sumlin.

Manziel has also drawn criticism for embracing the celebrity lifestyle a little too readily, including partying backstage with rapper Drake and tweeting a picture of himself flashing cash at a casino. Even his parents publicly expressed their concerns about Manziel’s lifestyle in an ESPN The Magazine article.

Also likely raising the “questionable judgment” red flag to NFL general managers is Manziel’s dismissal from the Manning Passing Academy last year. He blamed missing a session on a faulty cellphone alarm, while rumors spread that Manziel overslept after partying the night before. No matter what happened, disrespecting the Mannings, an NFL royal family if there ever was one, can’t be something that teams are happy about.

Michael Sam’s story is less prominent, because he wasn’t as good of a college football player as Manziel, despite being named the SEC’s Defensive Player of the Year. But his story is equally interesting, more important and, unfortunately, more controversial. That’s because after the 2013 season, the University of Missouri player publicly revealed that he is gay. Which means he’ll be the first openly gay player in the NFL if and when he is drafted.

ESPN Radio’s Colin Cowherd on Monday said that if a team decides not to draft Sam because of his homosexuality, it would not be doing so out of homophobia, but due to the realistic concern that an NFL locker room might not accept him and trepidation over the distractions Sam will unintentionally bring to his new team. Cowherd made the point that an openly gay colleague in the workplace is, thankfully, not an issue for most people in 2014, but the NFL team culture is not your typical workplace; it’s one of machismo, testosterone and even bullying (see also, the Richie Incognito fiasco). If you were an NFL general manager, would you invite that potential headache? What if you’re preparing for a playoff game but instead fielding questions about a TMZ report about Sam’s personal life? If you were the general manager, would you rather be progressive? Or employed?

When it comes to Manziel and Sam, the best advice for NFL teams is “buyer beware” — for different reasons, some fair, some not, and in Sam’s case, for reasons that shouldn’t matter, but in reality, are unfortunately, potential deal breakers. 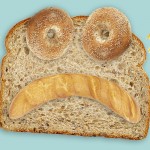 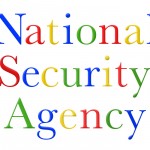