“Above and Beyond,” a documentary by producer Nancy Spielberg, tells the untold story of the first Israeli air force, a gang of ex-World War II Jewish-American daredevil pilots who, under the radar of the FBI, cobbled together an air force out of stolen Nazi planes and other castoffs from WWII.

The talented team of director Roberta Grossman, writer Sophie Sartain and cinematographer Harris Done told this stranger-than-fiction tale of a small group of courageous men who helped save the State of Israel.

In 1948, three years after the liberation of the Nazi concentration camps, Israelis found themselves in a catastrophic situation. Egypt, Jordan and Syria had joined forces with Iraq and entered Palestine to fight the Israelis in the Arab-Israeli War.

“Above and Beyond” reveals how under-equipped and isolated the Israelis were; they desperately needed planes and pilots. After seeing this doc and being thrilled by it, I was dying to hear from Steven Spielberg’s sister, who graciously agreed to an exclusive interview for TheBlot Magazine.

Dorri Olds: This is such an exciting film. Can you tell me any stories that you had to cut for length?

Nancy Spielberg: Oh goodness, yes. One of our pilots we called “our bad Grandpa.” A skirt chaser who talked about beautiful women and beautiful boobs, he told me stories I had to cut, or I would’ve had an R rating. It was great listening to these guys tell stories and watch them transform back to their 26-year-old wild selves.

One story not in the film was about a gentleman named Pzur in England. He said he was making a film and had to borrow six surplus planes for props. The Brits rented him the planes, and he went on location. He had a script and actors and everything set up and he yelled, “Action!” The planes took off and flew to Israel and didn’t come back. It’s like “Argo” way before there was “Argo.”

Crazy stuff. They had all of these secrets including offices set up in New York City. At 14 East 60th Street was Hotel 14, a place where the Vanderbilts went. It was above the Copacabana. That was a secret headquarters for Haganah [Jewish paramilitary] agents. The little Jewish lady who ran it would allow Haganah agents to hold secret meetings. I wonder how many women now head to Barneys in their fancy shoes and step on the brass plaque on the sidewalk that says, “These were the secret headquarters of the Haganah in 1947.”

You don’t think about what was happening under everybody’s nose. The offices set up at the Henry Hudson Hotel, fake names on doors, fake airlines. The FBI would chase them. They’d park in front of the planes and say, “We’re going to stop you from taking off.” Swifty, one of the pilots, got in the plane and gunned the engine and wasn’t going to stop. These FBI men scrambled around to get in their cars and get away. They thought, “These pilots are nuts.” It’s got that feel of an adventure that’s almost too good to be true but it’s true.

Have you thought about making this into a feature film?

Oh, I have. That’s what’s on my agenda. It reads like a feature film. It’s like a cross between “Catch Me If You Can,” “Band of Brothers” and “Indiana Jones.” [Laughs] All those elements — the capers, the clandestine operations and the bigger story — have so many wonderful pieces to it, more than we could fit in the documentary.

Have you daydreamed about who could be in the movie?

I think Leo DiCaprio as Al Schwimmer would be good. I’ll ask my 26-year-old daughter, “Who do you think is hot and cool and can play swarthy, sexy pilot types?” But I’m too busy with this film to daydream too much. [Laughs] I’ll daydream when I get a breather.

Does it make your job easier or harder to have such a famous brother?

[Laughs] A little of both. It made it much harder to raise money. I would gather people together, show them a sample reel, tell them I’m raising money for a 501(c)(3) not for profit, and I would get, “Why can’t your brother give you the money?” I had to say, without being defensive, “I didn’t ask, and that’s not the kind of relationship I want to have with my brother.” In that sense, it was tough.

On the other hand, the benefit is that a lot of doors opened up, and people listened to the story, and I already knew a lot of people like James Moll, an incredible filmmaker who started off making home movies for my brother: “It’s Kate’s birthday, let’s make a movie.” He made “The Last Days” and “[Foo Fighters: Back and Forth].” He’s won Oscars and Grammys and Emmys. He’s incredible. The joke was that I went to James first and said, “I need your help,” and he said, “OK, your brother helps me so I’ll help you.”

Is it true that when you called director Roberta Grossman she didn’t believe it was really a Spielberg calling her?

Yes, she wouldn’t take my call and didn’t answer my e-mail. She thought it was a prank. As she described it, “Hava Nagila” was opening up in film festivals and was getting all the awards, and she was feeling very smug and secure. The big joke in her office was, “Oh, if that’s Spielberg, tell him I’ll call him back.” That’s why she thought somebody had put me up to it. So she checked me out before she would return my call, but she’s incredible. We have such a great team. I feel bad because sometimes that whole Spielberg thing tends to overshadow people that deserve credit. She’s wonderful. The whole team was. I’m grateful she finally took my calls. [Laughs]

Did you use crowdfunding?

No, but in a sense, I had my own. I was going one by one speaking to people, to foundations, and I’d made a seven-minute sample reel. I’d made it for a group in Chicago, and somebody I showed it to leaked it, even thought it was password protected, and I wasn’t ready for it to get out there. Suddenly I opened my e-mail and had a thousand e-mails. At first I was really pissed. I was like, “Damn it, I told these people not to share it.” And then I was so lifted by what I was reading and how everybody was so moved by it. Somebody told me, “You should put a DONATE button on that film clip.” So I did. I got thousands of dollars from strangers. One stranger gave me $50,000; another stranger gave me $100,000. So yes, in a backward way I crowdfunded.

“Above and Beyond” opens Friday, Jan. 30 at Village East Cinema in New York City.
Find theater screenings near you. 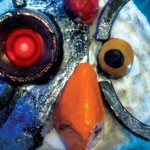 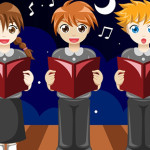