I am so disgusted with the comments about Renee Zellweger’s appearance at an event earlier this week. Everyone online seemed to have something to say about the actress’ new look, which may — or may not — have been because of extensive plastic surgery. We have a diseased society of people who puff themselves up by mocking others.

My chest gets painfully constricted by the state of the world. It’s so full of evil I can’t even watch the news most days. Yesterday’s upset came when I saw the level of cruelty in the Zellweger bashers.

I Googled “the cause of cruelty.” A Psychology Today article popped up that explained “the spirit of abstraction.” It’s a mental trick that allows some people to see others as objects. Slave owners think of their slaves as possessions. Hitler manipulated the Germans until killing Jews seemed fine. And the Internet runs amok with a viciousness that still shocks me.

Hello! Renee Zellweger is human. Humans have feelings. Mocking her publicly is bullying. Yes, I’m sure she’ll be fine — she has a lot of money and can go to therapy or use a plethora of human vices to cope. But many A-listers I interview say they don’t read the comments about themselves because it would be debilitating.

At the base of the cruelty lurks jealousy and self-hatred. “Stars have all that money, they are so lucky. I have a shit job.” The average citizen is far from beautiful and will never have fans. Oh, boo hoo. Grow up, will ya?

There’s plenty of proof that nobody’s life is easy. You know why? Because nobody is immune to reality, not even stars.

Why do people even care whether Zellweger had surgery or not? A lot of the tweets about her were laughable. Posts compared her looks to 10-year-old photos. Yo! I bet your face and your skin looks a lot different than it did 10 years ago. And, there were multiple posts mocking her wrinkle-free forehead. I have news for you, I’m older than Ms. Zellweger, and I don’t have forehead wrinkles yet. Not every face ages the same.

Now let’s get back to not caring whether she did or didn’t have plastic surgery. I’m not good at math, but I sure can see a problem here. Look at the salary differences between genders. If you were in Hollywood, you’d probably be having plastic surgery, too.

According to Forbes, the highest paid actors in 2014 are:

And here’s Forbes’ list of the highest paid actresses in 2014:

Wait, there’s more. Here are some stats about gender inequality in Hollywood from Indiewire:

Women represent a total of 30% of characters, 29% of speaking parts 15% of protagonists/leads.

Look at these dismal facts from USA Today Network:

As female movie stars get older, their compensation dips rapidly on average, unlike their male counterparts, a study says.
Female movie stars make the most money per film when they are 34 years old, but their earnings quickly decline after that age.

Male movie stars peak in their earnings per film at age 51, and their compensation steadily increases over time.

“We are such an appearance-based society,” Timothy Judge, a management professor at the University of Notre Dame and leader of the aforementioned study, told USA Today.

“Men’s well-worn faces are thought to convey maturity, character and experience,” the study went on to say. ” A woman’s face, on the other hand, is valued for appearing young.”

It would help if they didn’t pair actors with actresses who are at least 20 years younger. For women to have a long-term career, plastic surgery should not be pooh-poohed. For goodness sake, don’t people have better things to worry about?

Here’s a great video that says it all: 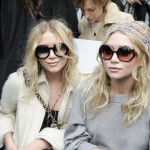 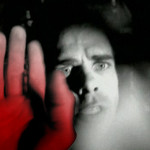