The once-trailblazing network that brought us “The Cosby Show,” “Cheers,” “Frasier,” “The Golden Girls,” “Hill Street Blues,” “Saturday Night Life,” “Seinfeld,” “Friends,” “The Office,” etc. is still producing critically acclaimed, scripted, buzz-worthy TV but with a twist — for other networks! It gets the good stuff, we keep the crap! Brilliant and sure to catch on!

In 2013, the peacock network placed a 13-episode order for the Tina Fey/Robert Carlock series “Unbreakable Kimmy Schmidt.” Fey and Carlock were responsible for “30 Rock,” a show that was never a ratings hit but always loved by critics, the industry and fans of funny TV who gave NBC credibility. In 2014, after watching the finished product and its purposely dreadful fall “comedies” like “Bad Judge” and “A to Z” struggle, NBC shrewdly sold the comedy to Netflix. Bob Greenblatt knows a hit when he sees one (“The Slap” is a show with actors!) and the network’s entertainment boss knows it belongs somewhere else to help NBC succeed. What a trendsetter!

But the Ellie Kemper star-making laugher isn’t the first or only show spotlighting the network’s current plan. “The Walking Dead,” one of the highest-rated dramas not only on AMC but basic cable itself, was originally offered to NBC. The network, seeing what a popular, money-making, zeitgeist-y show this could be, immediately passed on putting it on the network. It was too good and needed to air somewhere else for NBC to be the envy of its competitors. It need more quieter, older-skewing shows like “The Mysteries of Laura,” “Chicago PD/Fire” and any other procedural that’s viewing-party proof.

So with NBC’s funniest comedy on Netflix, what turgid programming does the network have on its own sitcom slate to drive you away to see how smart it is elsewhere? After seeing slop like “Sean Saves The World,” “The Michael J. Fox Show,” “Welcome to the Family,” “Growing Up Fisher,” “Bad Judge” and “A to Z” predictably fail recently while “About A Boy” and “Marry Me” are most likely done, the network turned to folks not in showbiz (well, kinda) to pitch in with their genius plan. How else can you explain what it’s gonna air with “Undateable” and “One Big Happy?” Clearly, NBC doesn’t want you watching its own network. Again, trendsetting!

You might have heard NBC is currently first among the highly coveted 18-49 demo. NFL football and “The Voice” will do that. The network can’t script those, mostly. It is NBC after all. Try binge-watching or stream the Super Bowl on your tablet when you’re jonesing for something entertaining! You can’t do that with live TV. It’s how the network can at least keep the lights on and the factory running to send off any cool-sounding, scripted stuff to thrive elsewhere. Brilliant!

“Unbreakable Kimmy Schmidt” is the sort of funny, talked-about, “Must-See TV” show with a catchy theme and starring and created by former network stars NBC used to proudly air. But under its groundbreaking programming strategy, it gets to be a hit on Netflix to let you know NBC can still crank ’em out. Who needs hits when you’ve got the “Problem Child” reboot in development? 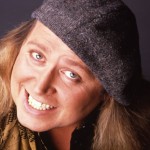