Bloomberg News reported Tuesday that the political arm for college and university Greek organizations, known as the Fraternity and Sorority Political Action Committee or “FratPAC,” will be lobbying Congress next month in an effort to make it more difficult to investigate rape allegations on college campuses.

According to Bloomberg, FratPAC “plans to bring scores of students to Capitol Hill on April 29 to lobby for a requirement that the criminal justice system resolve cases before universities look into them or hand down punishments.” Students lobbying on the behalf of FratPAC will receive two days of training before descending on the halls of Congress. Of course, many disagree with this effort and are advocating for colleges and universities to have a stronger role in campus sexual assault investigation and adjudication. Title IX already dictates that universities investigate claims even if the police are already doing so. (Read FratPAC’s full statement on its legislative efforts here.)

In the past year, campus sexual assault and the justice surrounding it has been very much in headlines. In a letter posted this past October, more than two dozen current and former law professors at Harvard and the University of Pennsylvania (including the famous Alan Dershowitz) criticized a new campus-wide program at Harvard aimed at preventing sexual assault as “structurally impartial.” The letter goes on to say that “Harvard has adopted procedures for deciding cases of alleged sexual misconduct which lack the most basic elements of fairness and due process, are overwhelmingly stacked against the accused, and are in no way required by Title IX law or regulation.”

Also in November of last year, Rolling Stone magazine published the now-debunked “A Rape on Campus” article in which a student named Jackie recounts a brutal gang rape at a University of Virginia fraternity house. The following month, the magazine ran a “Note to Our Readers” in which it stated that serious discrepancies emerged in the student’s story. Rolling Stone also noted that, honoring the wishes the accuser, it did not attempt to contact the men who participated in the attack. On Monday, police in Charlottesville, home to UVA, suspended their investigation in the case.

The entire Rolling Stone affair produced a lose-lose situation for everyone on college campuses. Any frat boy out there will be seen as suspect from now on. Sadly, so many women with actual sexual assaults to report will be as well. And schools have only shown that they are basically inept to handle these situations. According to the National Institute of Justice, 19 percent of women and six percent of men will be victims of attempted or completed sexual assault in the course of their undergraduate careers.

FratPAC’s April lobbying efforts will culminate at a cocktail reception and dinner on April 29 that includes more than 30 members of Congress as “special honorary hosts.” You can join them — tickets are on sale for $500 per person. FratPAC has raised more than $2 million for congressional candidates. The group has previously lobbied Congress against federal anti-hazing legislation. 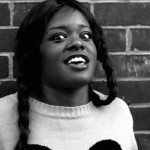 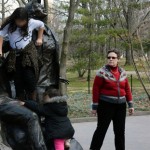