No comedian worth their salty-looking substance goes off the stage without having offended someone. The best ones usually offend everyone —  but they do so in ways that are riotously funny, using shock and outrage to score points, open minds, and provide merriment. Here are the 10 most outrageous ones in history, for better or worse:

The New Hampshire-born comic didn’t score in her brief stint as a “Saturday Night Live” regular in the ’90s, but as a standup, saying outrageous things with a sweet, deadpan demeanor, she started making headlines and rocking the globe. Adopting the tone of a clueless princess, Silverman emits purposely insensitive musings about “the alleged Holocaust” and other stuff, mocking stupidity while making you think. She’s a trailblazer.

An ex-journalist, Lampanelli spews wildly ear-burning things that revel in ethnic and sexual stereotypes, playing on tropes about blacks being lazy, gays being fruity, and so on, as Democrats knowingly laugh while Republicans seriously applaud. The woman is puncturing ‘types by embracing them with scalding humor. Typical joke: “What do you call a black woman who’s had seven abortions? A crime fighter!”

A human fireball, Belushi was a comic genius on a juggernaut that was bound to end badly. In 1975, he became an “SNL” regular and exploded with his take-no- prisoners renditions of unorthodox characters like a samurai, a bee, a trough-ready Liz Taylor and a spazzy Joe Cocker. He seemed fearless, unself-conscious and a tad self-destructive, developing a gigantic cult that extended to movies (where “National Lampoon’s Animal House” and “The Blues Brothers” tapped into his manic fury while taming it somewhat, for the mass movie audience). He died of drugs in 1982, and ever since then, “SNL” has obviously tried to find new crazy-funny fat guys with a sometimes self-sabotaging edge.

A preacher who became a standup comic, the animalistic Kinison kept the preacher’s scream while diving into off-color topics and saying offensive things, not always in a good way. Kinison was often drunk and coked up, but he was sober when ironically killed by a drunk driver in 1992.

Leonard Schneider spoke his mind, often in the form of rambling monologues and thoughts, touching on sociopolitical issues, sex, God and death. Bruce held a mirror to society’s frailties, though he himself was labeled “sick” and arrested for obscenity in 1961, after using the words “cocksucker” and “come.” (In 2003, then-New York Gov. George Pataki gave Bruce a posthumous pardon.) There were other arrests and outrages, and as a result of the mainstream’s fear of this groundbreaking genius, Bruce only appeared on network TV six times! He died in 1966, probably not knowing how vastly he’d changed the world.

A scruffy and hard-hitting but likable provocateur, Carlin made waves with his legendary “Seven words you can’t say on television” routine. He served up talk about drugs, birth control and language, becoming a counterculture hero as the masses cheered his clever misanthropy.
(Runner-up: The Smothers Brothers)

Pryor grew up in his granny’s Illinois whorehouse, so he started collecting racy standup material at an early age. In the 1960s, Pryor played NYC clubs, aiming for a Cosby-style middlebrow approach. But gradually, he started adding epithets, expletives, personal anecdotes and shocking observations, and he became a sensation. Eventually, he stopped using the word “nigger,” but he kept “motherfucker” and a lot of other stuff as he ragged on stupidity and testified to the joys of human passion. In 1980, Pryor caught fire when he was freebasing, and he suffered serious burns. He eventually turned that traumatic event into comedy by thanking God for not burning his dick! He developed MS (which he said stood for “more shit”) and died of a heart attack in 2005. Pryor is regarded as one of the most influential and admired comics of all time.
(Runners-up: Redd Foxx, Moms Mabley, Chris Rock)

A former priest and registered nurse named Chuck Knipp got in drag and did what aimed to be a loving impersonation of his childhood housekeeper, Fannie Mae (along with other women he’d known, blended into a composite). He dabbled in the character’s regional speech patterns (“How you durrin?”) and points of view, getting laughs and bravos — but he does it in blackface. Whoopsy.

Let’s just sample some of the legend’s best lines: “I knew I was an unwanted baby when I saw that my bath toys were a toaster and a radio.” “My boobies are hanging so low, they’re leaving skid marks.” “My husband wanted to be cremated. I told him I’d scatter his ashes at Neiman Marcus. That way, I’d visit him every day.” “I wish I had a twin so I could know what I’d look like without plastic surgery.” And as often as she’d tear into herself, Joan would rip other celebrities a new one. She changed the face of what was acceptable for female — and all — comics.
(Special mention: Phyllis Diller, Roseanne, Totie Fields, Chelsea Handler, Kathy Griffin, Bianca Del Rio)

Louis Szekely — who does the FX show “Louie” — went through his formative years admiring Cosby, Steve Martin, Pryor and Carlin. He emerged as a standup comic who was prone to ranting, but with a likeable delivery that makes his subversion seem almost cozy. He combines Cosby’s easygoing sense of narrative with Silverman’s blithe blurting of outlandish shit. But C.K. isn’t pulling some kind of reverse stunt; he means what he says. Or does he? He seems sincere when he relates, “The word ‘cunt’ is a beautiful word. There’s beauty in the ‘cunt’ word … I just like the way it sounds.” But then he says he hates it when white TV anchors say “the N-word” instead of what it stands for. “Don’t hide behind the first letter like a faggot,” advises C.K.. “Just say ‘nigger,’ you stupid cunt.” 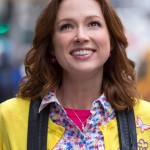 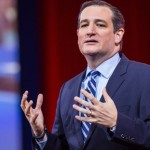