Celebrities are generally smart — or at least savvy — but sometimes they slip and say the darnedest things. Chalk it up to the pressures of the spotlight and the extra challenges of trying to stay there.

Here are some of the dumbest of all, though I’ve tried to avoid reality-show utterances since the non-scripted ones are so much more delicious:

“I’m not anorexic. I’m from Texas. Are there people from Texas that are anorexic? I’ve never heard of one — and that includes me.”

“When I pass a flowering zucchini plant in a garden, my heart skips a beat.”

re Zendaya Coleman: “The hair to me on her is making her a little more boho. Like I feel like she smells like patchouli oil. Or weed.” (Too many “likes” in there—for one thing.)

“I think gay marriage is something that should be between a man and a woman.”

The Motorhead frontman, explaining why he wore a Nazi cap to a photo session: “From the beginning of time, the bad guys always had the best uniforms. Napoleon, the Confederates, the Nazis. They all had killer uniforms. I mean, the SS uniform is fucking brilliant. They were the rock stars of that time. What are you gonna do? They just look good.”

In a tweet: “My legs are so soar from yesterday.”

Writing in the guest book at the Anne Frank Museum in Amsterdam: “Truly inspiring to be able to come here. Anne was a great girl. Hopefully, she would have been a belieber.” (Ah, hell, his remark was kind of cute, in a very twisted way, I guess.)

In 1976, the “Eyewitness News” weatherman’s report directly followed a news story about the rape of an 8-year-old girl. This was Tex’s idea of a cute segue: “With rape so predominant in the news lately, it is well to remember the words of Confucius: ‘If rape is inevitable, lie back and enjoy it.’” Firing was inevitable; he was quickly replaced by Storm Field.

[Too many sayings to choose from. Insert your personal favorite here.]

In tweets to Rihanna: “you look so ugly tryin to be white”; “Chris brown beat you because you’re not pretty enough”; “unlike ur fugly faced self I don’t do drugs! U need the intervention dog! I met ur ugly face in person! U aren’t pretty u know”

In 1965, the children’s show host sardonically told his audience to dig into their parents’ wallets and find those “funny green pieces of paper with pictures of U.S. presidents” on them. He urged the kids to then “put them in an envelope and mail them to me.” And they did! Sales had to give the dough to charity, while giving up income of his own; he was chastised with a two-week suspension.

“I’ve never really wanted to go to Japan, simply because I don’t like eating fish. And I know that’s very popular out there in Africa.”

What’s your favorite passage from the Bible that you love so deeply, dear? “I don’t have a favorite.”

The one-named legend admitted in a book that when she was young, she was so naïve she thought Mount Rushmore was carved by nature! As if the winds got together and decided to whittle rocks into the faces of four presidents! Love her.

In a 2007 voicemail message to daughter Ireland: “You have made an ass of me for the last time. Three letters: ABA. A, always. B, be. A, answering. Always be answering … Are you interested? I know you are, ‘cause it’s pick up the phone or get your ass straightened out. You answer or you get hit with a brick … You think I made [this call] because I’ve got nothing better to do? I could be shooting shit at random people on the street, but I’m calling you. I don’t care that you’re 12 or 11 or whatever, are you pig enough to pick it up? I’m a good father and you’re a pig … You think this is abuse, you thoughtless pain in the ass? … Get mad, you daughter of a bitch … It takes balls to answer my call … You better be ready Friday the 20th to meet with me. Pig! Oh, also, tell your mother I said, ‘Go fuck yourself!’ This is Dad, ring me back when you get a chance.”

In 2007, when Sherri said on “The View” that she doesn’t believe in evolution, fellow panelist Whoopi Goldberg chimed in, “Is the world flat?” Sherri shockingly replied, “I don’t know,” adding that she never thought about it! But she later insisted she knows the world is round; it was just a “brain fart.”

“First my mother was Spanish. Then she became a Jehovah’s Witness.”

In 1965 said: “I don’t think there’s anything wrong about hitting a woman. An open-handed slap is justified, if all other alternatives fail, and there has been plenty of warning. If a woman is a bitch or hysterical or bloody minded continually, then I‘d do it.”

Commenting on the Hurricane Katrina devastation in 2005: “So many of the people in the arenas here were underprivileged anyway. This is working very well for them.” 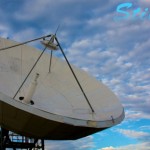 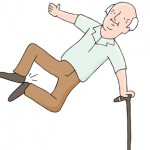