America’s stranglehold on the Red Forman Dumbass Award has been broken. Our first non-American winner is Britain’s very own Nigel Farage, leader of the U.K. Independence Party and all-around dickhead.

Though Farage has an impressive body of work as a dumbass, what put him over the top this week was his statement that “the biggest racism I’ve seen in British politics is happening north of the border with the SNP [Scottish National Party], where some of the anti-English hatred is reaching a truly astonishing level.”

That’s right, kiddiwinks, the worst racism in Britain is Scots who don’t like the English. The Caribbean community in Brixton and the South Asians in Bradford are still laughing about that.

Farage heads up the UKIP (its backers are sometimes called Kippers), a party that wants the U.K. to leave the European Union and for all those awful foreigners to go back where they came from. It’s the Conservative Party on bad crack, a refuge for those who thought Margaret Thatcher was a bit of a softie. They want to double the number of spots in Her Majesty’s Prisons, establish smoking rooms in pubs (Nigel with a pint in his hand is always a good photo), support coal-fired power and not wind farms and increase defense spending by 40 percent.

Personally, Farage might be fun for a night of beery arsing about. He loves his pubs, ciggies and brew. He’s the son of a stockbroker and had a career in finance for a bit, and his children were all privately educated and brought up in Britain’s equivalent of Connecticut. He reminds me of a mate of mine from graduate school — Dominic was born a toff (a rich upper-class person) and was proud of it and had a heart as big as Big Ben. I hated his politics, but he hated mine — and that doesn’t matter much at 4 a.m. as you’re stumbling home. Dominic was, however, never a dumbass.

Nigel on the other hand … Well, let’s just say that to be an anti-immigrant Brit with a French last name is a bit rich.

Some more of the wit and wisdom of the first British Dumbass Award winner:

“Working mothers are worth less than men.” And Farage said this in January 2014 — not decades ago.

“When people stand up and talk about the great success that the EU has been, I’m not sure anybody saying it really believes it themselves anymore,” because Europe was soooo peaceful before it.

“We know the costs of Europe. What are the benefits?” See above.

“The banking collapse was caused, more than anything, by bad government policy and the total failure of bad regulation, rather than by greed.” No comment.

In a nation where most police officers don’t carry guns, Farage sounded like an NRA spokesman with this one: “If you criminalize handguns then only the criminals carry the guns.”

“Maybe it’s because I’ve got so many women pregnant over the years that I have a different view [of maternity leave].”

Have a look at Farage’s photo. Ladies, is he really that hot?

Or is Nigel Farage just a dumbass? Yep, he is. 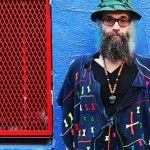 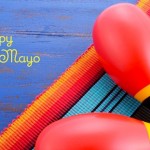