A huge part of the forced joviality of the Christmas season (which now lasts for two hellish months) is the cavalcade of songs that come at you every year like bloodcurdling dog wails. The holiday songs are either painfully cutesy, nauseatingly sentimental, hypocritically beatific or just plain dumb. These are the 10 worst of the bunch, none of which I want to get this Christmas!

It was slinky and sultry when the exotic Eartha Kitt did it many moons ago, but do we need to hear every strumpet in show biz — old ones, young ones, fat ones, thin ones — croon it, thinking they’re pure sex set on a stick as they coo every phrase with a wildly misbegotten attempt at allure? It’s become so clichéd — and so not sexy.

“Have Yourself a Merry Little Christmas”

This Ralph Blane/Hugh Martin tune, sung by Judy Garland in “Meet Me In St. Louis,” is actually a bittersweet classic, but it makes me crazy because it’s so freaking depressing. The wobble in Judy’s voice makes you want to slit your wrists, since she pours so much emotion into every syllable that it becomes an anti-celebratory celebration song and a loving ode to horror. Isn’t it enough that we have to deal with gift buying, office parties and seasonal disorder? Do we need to be plunged into despair by music, too?

“The Christmas Song (Chestnuts Roasting On an Open Fire)”

Again, a beautiful song (written by Mel Torme and Robert Wells), but as sung by Nat King Cole, it annually plummets people into a hopeless feeling that they can easily get from a host of other Christmas oppressions. And it’s just so predictable as you hear its relentless strains every five minutes, running into stores to get away from it and hearing it there, too!

Bing Crosby always gave me the creeps. He tended to come off like one of those stars who, in reality, was the exact opposite of what he projected. His lilting ode to glistening treetops and listening children makes me so queasy, he might as well have been singing a Nazi anthem. And what right had Irving Berlin, who was Jewish, to write the biggest Christmas song of all time anyway? It ain’t right!
Runner-up: “Do You Hear What I Hear?” also sung by Der Bingle. Yes, I hear it, but I don’t want to.

This chestnut happens to be righteous and sanctimonious and droning, with each pa-rum-pum-pum-pum coming at me like a drill through the cranium. I am so damned sick of this one, it makes me hurl eggnog! And if you ever heard the aforementioned Bing Crosby do it as a truly surreal duet with one of my favorite singers, David Bowie, well, it … is actually kind of good. So ignore everything I just said!

This one is just too cute, dealing with a child seeing mommy smooching Santa under the mistletoe, Santa obviously turning out to be daddy in full kinky costume. Someone named Jimmy Boyd had a No. 1 with it in 1952, but amazingly, the Roman Catholic Church in Boston idiotically condemned the song, finding it tasteless to equate a sacred holiday with some mouth-on-mouth action. Boyd had to explain the song — um, the two folks were under mistletoe, and they’re married — and the ban was eventually lifted. But I’m still mad at the song for not being really tasteless and dirty. How about “I Saw Mommy Fisting Santa Claus?”

Elevator-music perpetrators like Perry Como, Johnny Mathis and Michael Buble all ended up recording this tune by Meredith Willson (who wrote Broadway musicals like “The Music Man”). But I always found it tailor-made for the mentally challenged crowd. I mean, we can tell when it’s beginning to look like Christmas. We don’t need a song to remind us. And we’re not happy about it either!

“It’s The Most Wonderful Time of the Year”

Similarly, this one details all the supposed signposts of the holiday season — like parties, gaiety, visits, ghost stories, sledding and kissing under mistletoe. And it’s all lies, except for the ghost stories.

“We Wish You a Merry Christmas”

A priest wrote the lyrics, a teacher and church organist wrote the music, and it was all the rage at the top of the hit parade in 1818. It went on to become a classic, covered by countless artists, sung at innumerable proceedings and touching millions around the world to this day. And I can’t stand it!!!!

For the record, there are some Christmas songs I happen to like: “Grandma Got Run Over By a Reindeer,” “Do They Know It’s Christmas?”, “Marshmallow World,” “All I Want For Christmas Is You,” “What Christmas Means To Me,” “Jingle Bell Rock,” “Dominick, the Italian Christmas Donkey,” “I Want a Hippopotamus For Christmas” and anything from “Mr. Magoo’s Christmas Carol.” I can even semi-tolerate “The Chipmunk Song.” The rest of them need to be returned immediately. 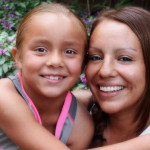 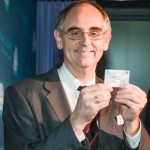