Jayla Marie Rodriguez (May 8, 2006-Nov. 18, 2014) was an 8-year-old member of the Oglala Lakota Nation. She attended the Red Cloud School on the Pine Ridge Indian Reservation in South Dakota and had many friends, myriad interests and loved life.

Tragedy struck on Nov. 18 while Jayla was sledding behind her grandmother’s trailer house. The little girl was killed by a pack of feral dogs.

Jayla’s mother, Danielle Griffith, and Aunt Camille (“Cami”) Griffith want to honor the little girl by making her dreams for an animal shelter come true. A page called “Jayla’s Dream” has been set up on the GoFundMe crowdsourcing site with a goal of raising $10,000.

“Two weeks before Jayla passed, we were on the reservation, sitting outside, and we saw this dog walking on three legs,” Danielle told TheBlot Magazine. “My daughter looked at the dog and became really sad. She said, ‘When I get older, I want to bring all the dogs home and teach them what it’s like to love and have a family.’ Because she said that, it has become really important to me to help animals. That’s what she wanted.”

Cami added, “We have a really large family, and what’s keeping us going is trying to do what Jayla wanted. She really loved animals, especially her own dog, Buppy.”

It’s a crushing irony that Jayla’s death was caused by the same dogs she wanted so much to help.

“We want to create an animal shelter right on the reservation,” Cami said, “to hold all the strays. I have a lot of experience working at animal shelters. We applied to the state of South Dakota, and our family is going to make sure that Jayla’s dream comes true because we don’t ever want this to happen to anyone else.”

Jayla’s death created a long overdue wake-up call in the community as this isn’t the first dog attack on the reservation. The Rapid City Journal reported that Jayla’s friend Braedon Rodriguez (no relation) had also been the victim of a dog attack. In 2003, Braedon, then 5, had been out with a friend riding an ATV when he was mauled by two pit bulls. The owners got there in time to save Braedon, but he was so badly injured he needed hundreds of stitches and 15 reconstructive surgeries. His mother says he had to be treated for PTSD and still has nightmares.

Braedon’s horrific experience inspired the Oglala Sioux Tribal Council to pass “Braedon’s Law” in 2006, which banned dogs like pit bulls, Doberman pinschers and Rottweilers and “any other vicious dog or animal that attacks, bites or attempts to bite a person, or chases a person.”

One major problem, though, is how few people there are to enforce Braedon’s Law. According to Oglala Pet Project, “Pine Ridge is one of the poorest communities in the country, with an 85% unemployment rate, an even higher alcoholism rate and some homes have no electricity or running water. Some families are overcrowded in homes caring for each other and most pets live their entire lives outside.”

When I was on a camping trip years ago in Havasu Falls, Ariz., I was hiking near the Havasupai Reservation and got lost in the woods. I became frightened until a mangy, homeless dog that I recognized from the campgrounds came over to me. When I tried to continue walking, he sat down and barked. I looked at him, thinking he just wanted attention, but when this happened three times, I realized he was telling me I was going the wrong way. I went over to him, patted him on his fur-matted head and let him lead me back to the campground. At the time, I asked locals why the dogs all looked sickly and hungry and was told, “That’s just how it is here. Nobody has money to take care of them.”

Cami said Jayla was a “tree girl.” When I asked what that was she said, “Once a year, we have the Sundance for the Lakota community members. A few of the kids are chosen to dance with the adults, and they’re called tree girls. They face the big tree and sing to it; that’s where all of the prayers go, towards the spirits and birds and animals. It is a really big honor. She was so proud and happy.”

“She was such a different little girl,” Jayla’s mother Danielle shared. “It was really weird, but she loved to clean. She’d scrape my windows if they were icy or ask to clean my windshield wipers. These things were fun to her. She was so special. Now, everything reminds me of her. Even the bubbles in the dish soap make me sad. Jayla loved bubbles.”

Cami said Jayla was a tomboy. “On Halloween, you’d think she’d want to be a princess, but, no. She was a werewolf one year, then a headless horseman,” she said. “She also loved football. She loved to play, and she especially loved the Broncos. I don’t know where she got that. Her Dad likes the Cowboys, and her mom likes the Steelers.”

“When we laid her to rest, we put her in a Broncos shirt,” said Danielle. “She always wanted one.” 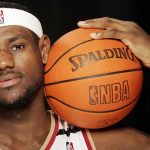 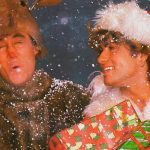