Anna Sidorova is Russia’s latest smoking hot curler.   Yesterday, I arrived in the Little Calgary section of Queens (it’s a two-bedroom condo unit in Forest Hills) where my friend and bookie Gordon lives. The Canadian women’s hockey team had just defeated America’s ladies, and I had come to pay up. In one hand, I had a six-pack of Molson and in the other, some of Tim Horton’s donuts brought all the way from Manhattan. I figured I was in for some razzing, but instead, I found myself dealing with Gordon’s latest crush. He’s fallen madly in lust with Anna Sidorova, skip of the Russian Women’s Curling team.

There’s something amusing and pathetic about a middle-aged man having a crush on someone, but it’s especially so when he’s only seen that someone on the Internet. There’s a reason Gordon has been divorced multiple times.

I put the beer and donuts down, and Gordon insisted that I help him fill out a profile for a Russian dating site. He was convinced that if he didn’t meet her directly through the site, he’d be able to network his way through to her by adding “curling” to his interests in the profile. He thought I was a genius when I suggested that he modify that to “Olympic curling.” He thought he’d refine it more — “Women’s Olympic Curling.” I told him that looked too desperate, like he was a stalker; he agreed. As if the whole idea weren’t one of a desperate stalker.

Now, you have to understand that the various Canadian provinces have a bit of local pride and some tension between them — sort of like Texas vs. California vs. New York. But the one thing that unites all Canadians is beating the Russians at any game played on ice. So, the fact that Gordon is head over heels about this woman is saying something.

Apparently, young Anna was a promising figure skater until a leg injury at age 13 put paid to the whole idea. A friend of her mother’s suggested curling as a new interest — which begs the question: “what sort of people does her mother hang out with?” In any case, the game and the player came together, and the Russian women, long shots to win, are the favorites in the hearts of many curling fanatics (if there is such a thing), even non-Russians like Gordon.

Gordon, of course, was more interested in the rather racy photo shoots she has done (“just three,” she says) than in her on-ice performance. He says that her photos are a sign of real progress — “Remember how Russian women looked during the Cold War, eh?” Class is not one of Gordon’s strong points.

According to the Don Juan of Alberta, he’d very much like to leave his stones in her house; he wants to curl up with her; and he said things about ends, guards and sweeping that I would rather not repeat (you’re welcome).

And that is what I fear dooms this relationship from the beginning. Anna has said that the fans “must appreciate we’re professional sportsmen first, then girls. I like people to say, ‘This is good curler.’” I can imagine Gordon saying that, but somehow, he would make it sound dirty.

Curling and romance just don’t go together, I am afraid. Consider if you will the case of Chinese curler Xu Xiaoming (third stone thrower on the Chinese men’s team at Sochi) and his wife, Kim Ji-sun, skip on the South Korean women’s team. They met on a Chinese curling ring in 2007, and yes, they’re married. Her Facebook picture is of the two of them in their national uniforms, lying in a relaxed lovers’ way on the ice, curling stone and broom in the shot. Aw, ain’t love great? A happy Disney ending? Hardly.

Today is their first Valentine’s Day as husband and wife, and Ji-sun’s team faces the Chinese women’s team today at the Ice Cube. Now, I don’t know “Go, baby, go!” in Chinese or Korean, but Xiaoming isn’t going to be yelling either one. He has said he’s actually going to cheer on the Chinese ladies, rooting against his wife. Poor Ji-sun.

If things go the way I expect they will for Xiaoming, he might want to call Gordon about renting that second bedroom. 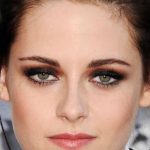 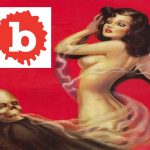