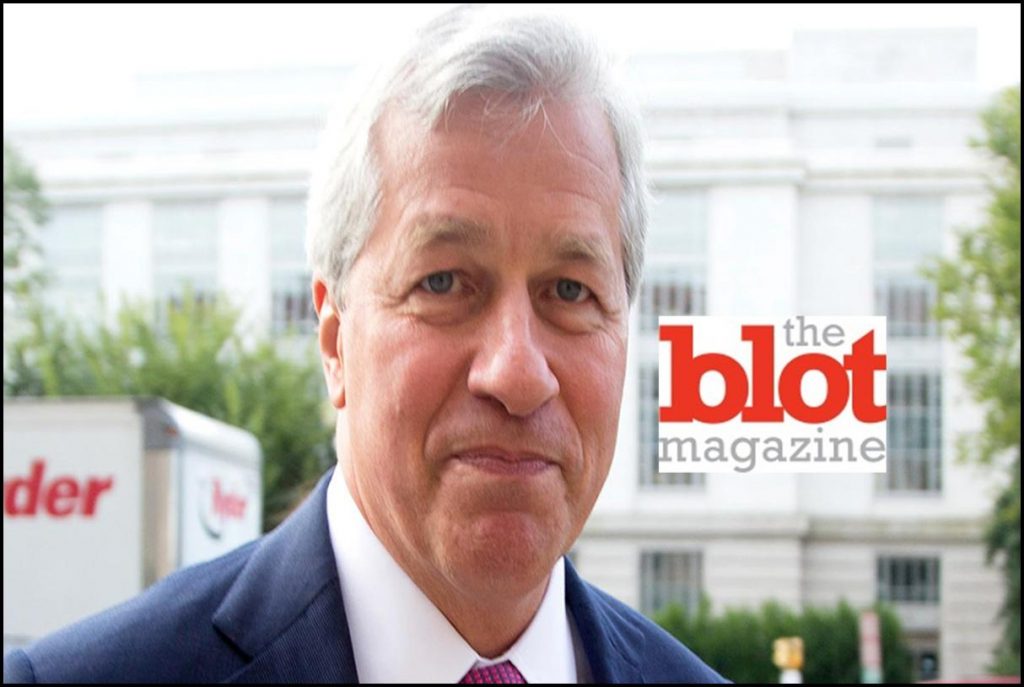 JPMorgan Chase just did something that makes the average American family puke! I’m not sure it’s ever been said before, but the Harvard Business Review is just plain hilarious. A blog post on its website (yes, the Harvard Business Review blogs; it also lists Wikipedia as a source) detailing the recent raise given to JPMorgan Chase CEO Jamie Dimon was titled “Jamie Dimon’s Pay Raise Sends Mixed Signals on Culture and Accountability.” Now that’s some funny shit right there. I would have assumed this was a headline from The Onion (or since it was from Harvard, some blue-blooded dweeb who calls himself a “humorist”), but it was 100% real. The author, Ben W. Heineman Jr., who is the son of a railroad tycoon and champion of the illusion of corporate accountability and ethics, is obviously delusional.  The signals broadcasted by Corporate America, especially the banking sector, are anything but mixed. They clearly read: “FUCK YOU.”

The board at good old JPMorgan Chase just decided to give a much deserved 74% pay bump to Dimon from $11.5 million to $20 million for his steadfast work in 2013. This of course comes on the heels of the firm’s latest scandal involving risky derivative trading and subsequent deception (known as the “London Whale Scandal” after JPM trader Bruno Iksil, who worked out of the London office and was known to take huge risks) as well as a settlement with the government to the tune of $20 billion for a string of unethical and dangerous business dealings going back several years.

Some of JPM’s lowlights include overcharging U.S. service members on their mortgages and a bribery-heavy bond scheme in Jefferson County, Ala., which contributed to the county’s bankruptcy and ended in a 15-year federal prison sentence for the mayor of Birmingham on various fraud and corruption charges. Those are just a few of their illegal and deceptive exploits. JPM is clearly a criminal organization with a corporate culture based on lying, cheating, bribing and stealing, which doesn’t make them unique in their line of work, but it doesn’t make it any better. And the guy in charge of it all isn’t in any danger of being treated like the criminal he is, and, in fact, is getting a raise instead.

We shouldn’t be surprised. JPM received a $12 billion bailout after the 2008 financial collapse, which they helped cause with risky and unethical practices. Again, they helped decimate our national economy with their harmful business practices and were given billions of dollars because there was no other option due to their sheer size and importance, so a few million is nothing.

No one is stopping them and these penalties are just a half-assed corporation/government kabuki. They face no real repercussions and are free to continue their predatory ways and nothing will ever change. They will certainly cause another problem like they did in 2008 soon enough and they will get the same slap on the wrist. “Slap on the wrist” is really a bit of an exaggeration of the punishment. It’s more like a pretend slap on the wrist. The banksters and their government protectors aren’t even worried about keeping up the appearance of not being completely corrupt, awful people. The fact that Jamie Dimon and others like him are not in prison is a slap in the face. The fact that he is getting a raise is piss in the face. But it shouldn’t shock anyone. The only people at least pretending to be shocked are people like bloggers from the Harvard Business Journal who feel some need to keep up appearances.

Sen. Elizabeth Warren and company seem to be trying to do something about this blatantly awful system with their Volcker rule, which is intended to restrict banks from making risky investments, but I’ll believe in its effectiveness when I see one of these hyenas switch out their $3,000 suit for one of the “orange jump” variety. The richest people in the world don’t take too kindly to letting poor people (mere millionaires) regulate them, let alone tell them they are wrong or bad. So I think it will take more than a single ruling to change a proud tradition. And they are obviously not afraid to break the law.

When the rewards are high enough, there will always be first-class criminals willing to take the risk. Only with the bankers, there really isn’t any risk. At least mob bosses have to deal with the RICO Act. Bank CEOs just have to feign ignorance and collect a raise.