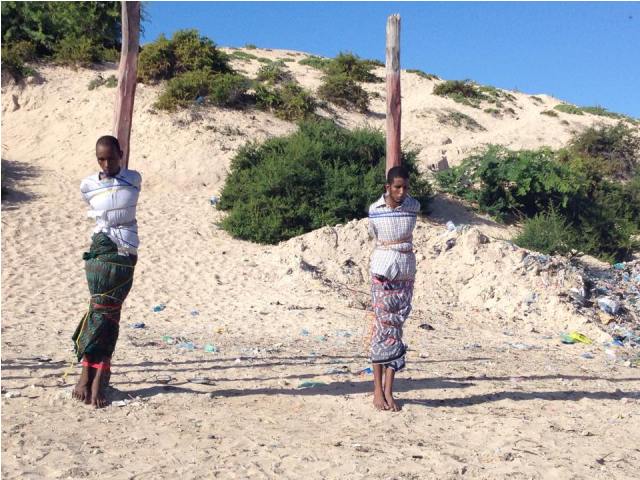 Utah is considering bringing back the firing squad for state-sanctioned executions, again. Lethal injection is the method preferred there, but the European pharmaceutical companies that make the drugs used in such executions have moral qualms about the use to which their products are put and have decided, therefore, not to sell them to those who would use them to cause death. The situation reveals just how much bull there is in the entire debate over capital punishment and cruelty.

As usual, I like to voice my biases before getting into this kind of discussion. I have no problem with the idea of capital punishment. Those who believe all life is sacred are ignorant of human nature and history — wiping out small pox was genocide, in a way. As for people, like they say down South, some folks need killing — not because their deaths are a useful deterrent nor as a punishment, but rather because it is the only way to ensure the rest of us are safe from them.

Read more: Want to lose your life and life savings? Invest in a Nasdaq listed company

The case I always use to illustrate this is the mass murderer and war criminal Napoleon Bonaparte. Exiled to Elba after losing his wars in 1814, he escaped in March 1815 and began his Hundred Days, which ended at the Battle of Waterloo where 40,000 to 50,000 men died (slightly less than the U.S. lost during the entire Vietnam War). Now, had the allied powers had the sense to execute Napoleon in 1814 rather than exile him, thousands of people would not have died in 1815. Capital punishment for political leaders who pose a threat to world peace is not only morally acceptable, it is morally obligatory (and I oppose show trials for them — summary execution works better).

That said, the focus on the manner of execution, trying to make it painless and humane, makes me giggle. What nonsense. There is no painless way to kill a person who knows he or she is under a sentence of death. The waiting alone is stressful and horrible to imagine. Roll this thought around in your head, “Don’t worry about spoiler alerts for ‘Scandal’ ’cause you’ll be dead before the next episode.”

In Japan, where the death penalty still exists although it has fallen into disuse, the condemned doesn’t know when the executioner will call. There, you get one hour’s notice. Wouldn’t that make the arrival of every meal extra thrilling? In America, we do just the opposite, draw out the appeal process so long that many prisoners run the risk of dying of boredom.

But fret about making it painless and humane we Americans do. What do you expect from a country that gives a guy a lethal injection after swabbing the injection site with alcohol to prevent infection?

In Utah and other states that use lethal injection, three different drugs have been used: sodium thiopental (a barbiturate to induce anesthesia), pancuronium bromide (a muscle relaxant that paralyzes all the muscles of the body) and potassium chloride (a salt that speeds the heart until it stops). That seems ridiculously complicated to me. Has no one there heard of a heroin overdose? Hell, when I put my dog to sleep some years ago, the vet gave her one shot and it was off to eternity.

Back when death was a common penalty, there were different methods used depending on the crime and the social status of the prisoner. In medieval Europe, for instance, peasants were hanged, nobles beheaded. And the Romans would either feed you to the lions, have your pals in the legion beat you to death (Google “decimation”), and, of course, they were big on crucifixion. The ancient Jews and some present-day Muslims favor(ed) stoning. Throw in boiling in oil, disemboweling, electrocution and flaying, and it becomes clear that there are loads of ways to carry out the state-sanctioned killing of a fellow human being. So many options, how will we decide?

In my opinion, the firing squad has much to recommend it. First and most important for Americans, it involves guns. It is a Second Amendment kind of execution. Second, there is some ceremony behind it that would make good reality TV; the Execution of the Week, brought to you by Budweiser. The drums, the last cigarette (well, not in Utah, too many Mormons for tobacco use), the offer of the blindfold. “Ready, Aim, Fire!” That would fill at least a half hour before NASCAR on the weekend. Third, it’s usually quick — although back in 1879, Wallace Wilkerson was shot by order of the territorial government (Utah wasn’t yet a state), and the shooters missed his heart. According to newspaper accounts, it took him 27 minutes to bleed out. I am rather surprised that no one finished him with a coup de grace, a shot to the head with a pistol.

That brings me to what I believe to be the most humane executions in history — during Joseph Stalin’s purges. After several weeks of torture (OK, that isn’t the humane part), the prisoner would have no further propaganda value and will have confessed to everything Uncle Joe wanted him to. So, one day while returning a prisoner to his cell in the Lubyanka prison (which was operating 24/7 in the 1930s), a guard would, without warning, simply fire a pistol at point-blank range into the back of the condemned’s skull.

Trying to sanitize executions so that they look clean and easy is a preposterous idea — when Stalin is the standard of decency, you know there’s a problem. Death is messy, ugly and rarely welcome. Frankly, the European drug companies might just be doing us a favor by making us face the fact that executions are not simple medical procedures. They are horrible things and those who favor them should, at a minimum, be forced to accept the realities involved in taking a life. That includes me, but if they ever catch Joseph Kony of the Lord’s Resistance Army or ISIS leader Abu Bakr al-Baghdadi, I’d like to volunteer for firing squad duty and pay for everyone’s ammunition myself. 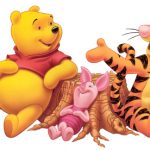 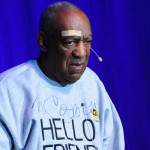