Marina Abramovic can be summarized in a leading sentence. Perhaps I should first address her cult-like status, or her Serbian-accented purr. Maybe I could further spin her web of witchy mystery by recounting in full detail the borderline sadistic amount of endurance training she imposed on her minions, segueing to the trailer for her documentary film. I tend to play it easy and make fun of her seemingly incongruous basking in celebrity, because how can someone so severe manage to party with pop stars? Between the art, the cheekbones and the status, Marina Abramovic far and away deserves her own editorial. From her rampant media presence to her quiet contradictions, Marina is a complete enigma. Her website confirms my suspicions. “She is also a glamorous art-world icon, a lightning rod for controversy, and a myth of her own making,” writes someone, hopefully not Marina herself, because that would be a little too self-referential for my tastes. “She is most certainly unlike anyone you have ever met before.”

For the purposes of this article, Marina Abramovic, aged 67 but resembling 47 from far away, must be referred to exclusively by her first name. Though she is a serious post-feminist creative, the name Marina has achieved diva-like status, on par with Mariah or Madonna. Lady Gaga, basically mini Madonna, is completely infatuated with Marina’s art. I’ve already addressed in a previous article that Gaga is gaga over “Marina hugs” and “Marina breathing.” The pair hangs out these days, it seems.

Coming up, “The Life and Death of Marina Abramovic” is being staged next week at the Park Avenue Armory. It will feature moments from her life in former Yugoslavia, and songs, glorious songs! On Dec. 12-21, the Wade Thompson Drill Hall will host the opera directed by Robert Wilson. This is pretty epic stuff. Buy your tickets while you can!

Marina gained the larger part of her substantial notoriety during her solo show at MoMA in 2010, titled ever-so-simply “The Artist Is Present.” She has also since put forth a documentary of the same name. During its initial incarnation, crowds came to sit in silence across from her day in and day out over a three-month period. This of course predated Tilda Swinton sitting in a glass box at the very same venue, which was basically a modern spin on an open casket. Frankly, sitting in silence should have had a similar effect to visiting a quiet relative, staring at one another blankly in a sparsely decorated room — and yet, Marina’s energy lent the exhibition something unique.

Way back in 2010 when the MoMA exhibition was ongoing, I was but a wee college senior. My favorite professor showed us photos (because in the boonies of Western Mass we couldn’t just traipse off to MoMA during class time) and regaled us with tales of the New York art scene. He told us how “Marina flirted with [him] once” at a dinner party, his bald head blushing from top to bottom. It was perhaps this level of academic discourse that morphed me into the sardonic critic I am today — without a master’s degree, I regret to add.

But seriously: how can a woman known for strenuous levels of restraint turn a college professor giddy? What kind of person sits in silence for hours and then hangs out with Lady Gaga? What is up with these shenanigans?

I too have brushed The Great Marina up close. Once upon an Art Basel Miami Beach, we attended a total of three of the same parties, including the Miami premiere of her documentary trailer. At the time, I was too nervous and shy (or too aloof and stylish, depending on how you look at it) to go up to her. Strike one.

Then, during a very short-lived stint as a hostess at a Zagat-rated restaurant (that’s a whole different article, young readers), I had a second chance … or a fourth chance, but I hate math. I saw Marina Abramovic’s name misspelled on the reservations list, told everyone what a “big deal” she was, and had the honor of seating her at a table … mostly because no one else knew to get this amped.

This ironically fitting silent, all-too-brief exchange opened my eyes to what I deem to be her soul. You guys, we totally had a moment. She looked at me with those Eastern European dark eyes set in those truly staggering artificially taut and prominent cheekbones with a quiet smile, as if to say, “Yes, I know I’m famous and fabulous. Yes, I can tell from your just-a-little-too-glittery stare that you know who I am and are pretty excited about it.” Yet because of the calm and knowing aura she exuded, I was still pulling out her chair. She wasn’t asking me about all this fancy publishing experience that I would have loved to gush about. She didn’t pull out the big line a surprising number of drunks used on me at the restaurant: “You’re so pretty, what do you really want to do with your life?” (Um, model? Hook me up?) All she did was be Marina, do her Marina breathing, her Marina sitting, her Marina ordering of food. Somehow, that was enough. And that’s why they pay her the big bucks. The End. 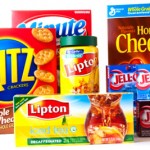 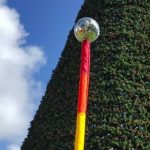