So the story is just what you expect it to be.  Her name is Yulia Kuzmina and she is a Russian stripper.  Specifically, she’s a stripper in Kazan, which is the capital city of the Republic of Tatarstan.  That’s in western Russia.  Yulia went to a local bank and tried to get a loan to buy a car.  That’s totally normal to do.  But when the bank manager refused the loan, Yulia tried to change his mind.  So did she point out that she is in a cash heavy income job?  I’m sure she did.  But I’m also sure that money you can’t track on the record makes it hard to be a good loan candidate.  So Yulia then tried to make sure this bank manager fully understood how her assets … stand out from the rest.

SHE CLEARLY TOOK SOME ASSETS CLASSES, BUT BANK MANAGER UNIMPRESSED

But it clearly took some effort, as this manager was hard to  persuade, as it were.  So Yulia did her best to make sure he understood her job skills were dependable enough to get a loan.  And yes, that means she proceeded to start stripping for him.  At his desk.  In the bank.  In front of everyone and security cameras.  So the video shows the bank manager shaking his head to her in their conversation.  But then Yulia stands up and proceeds to take off her sweater.  And that shows us all the amazing form fitting dress she had on underneath.

NIPPLES BARE DIDN’T STAND OUT IN COLD BANK, AS SHE LEFT WITH NO LOAN

But the bank manager only continued to shake his head!  So Yulia, undeterred, strips down to her bra.  But for whatever reason, the bank manager seemed unimpressed up to that point.  So Yulia pressed on and took off her bra as well.  Normally, that’s when you hear Beavis say Boing!  But it was all for nothing, it seems.  Yulia left the bank with no loan for her car.  So what’s a good hardworking stripper to do besides prove her bonafides? 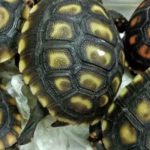 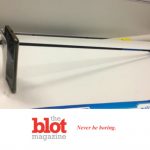