Her name is Corinne Masiero, and when she hit the stage at the César awards, she was wearing a blood-stained donkey outfit.  The César awards are a big deal over there, essentially the French equivalent of the Oscars.  Corinne is angry about all the closures of both live theater as well as movie houses, because Covid.  But then the audience sat openmouthed as the French actress then took off her outfit with nothing on underneath.  Yikes.  Well, except for words.  She was “wearing” two messages.  One said, “No culture, no future” on her front, with “give us back art, Jean!” on her back.

Jean, of course, is France’s Prime Minister, Jean Castex.  Castex, as the leader of France, has enforced the continuing closure of a host of things to help control the spread of Covid-19, and all its new strains.  So sure, art is important.  It always is!  But until we all have access to vaccines, I personally think this is a no brainer.  Yet France has had a lot of protests about this, and the naked French actress has a lot of company protesting.  But, to be fair, people have had riots in Paris over a simple tobacco tax.

But for now, Say La V.  That Scottish play on stage or screen can totally wait a little longer. 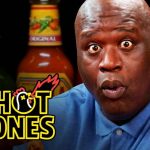 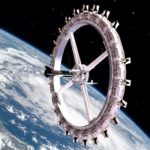