ANTI-GAY HUNGARIAN POLITICIAN GOES DOWN IN FLAMES, CAREER TOTALLY OVER

Hahaha.  It sure does look like the biggest hypocrites are the anti-gay pols all over the world.  You know, politicians?  We’re sure had more that our share of them here in the US.  But now, there’s a new club, um, member, and he’s Hungarian.  And like so many others before, um, him, his flame out is a huge conflagration.  His career in cinders.  All burnt wood.  But seriously, if you are a public figure who is totally anti-gay, you might not want to get caught leaving an all-men orgy.  Those optics aren’t so good.  Oh, and that bag full of illegal drugs?  Add that, too.

So no, this isn’t snark.  And it’s not satire, though it would be worthy.  These are the facts.  The conservative member of the right-wing Fidesz party in Hungary, Jozsef Szajer, is the star in this reality show.  And his career identity is as an anti-LGBTQ official.  But oh, he’s equal opportunity as an anti, as he hates the idea of marriage equality as well.  But recently, he was in Brussels, in the very middle of it’s gar-bar district.  Authorities there caught the Hungarian leaving a dudes-only orgy with a backpack full of illegal drugs.  Oh, and it was an illegal gathering, for obvious reasons, during a pandemic.

So yes, his hoist petard is totally because of bad luck.  Well, and judgement.  Brussels police arrived at the scene because of a noise complaint from one apartment.  From a sex orgy.  Sounds like quite the bear ride.  Or steer, whatever.  But when police got there, they discovered 20 people there.  You know, riding it out.  But two of those 20 quickly invoked that term police simply hate: diplomatic immunity.  But people there told police about a man running away from the scene.  And yes, that was the anti-gay Hungarian pol, Szajer.  Somehow, he hurt his hands in the mad scramble to get away and they were all bloody.  So he totally has diplomatic immunity for several crimes.  But his political career?  That’s, um, buggered. 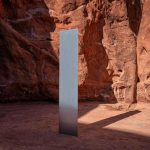 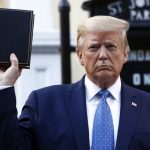