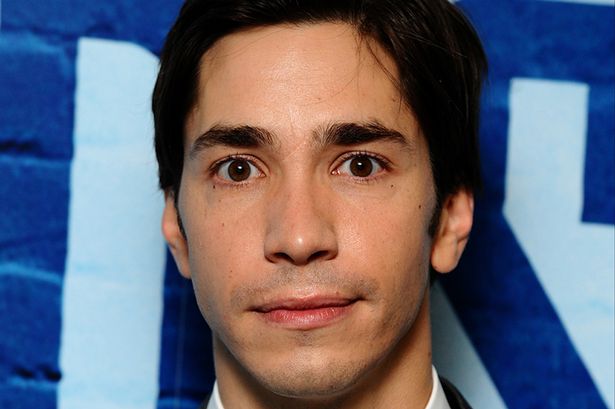 Justin Long and his younger brother, Christian, co-wrote the romantic comedy “A Case of You” about hack writer Sam (Long) and coffee shop worker Birdie (Evan Rachel Wood). Nerdy Sam thinks he’s not enough for free-spirited Birdie, so he stalks her online. The rom-com is loaded with comedy heavyweights Peter Dinklage, Sam Rockwell and Vince Vaughn. The cast also includes Brendan Fraser, Busy Philipps and Sienna Miller. TheBlot sat down with Long one on one for an intimate chat.

Q: How was it on set — did the actors adlib or stick to the script?

Justin Long: Everyone stuck to the script, which is really flattering, and certainly not for lack of inviting them to do otherwise. It was surreal to hear these great actors, some of whom I grew up watching, saying words that I wrote. Christian and I wrote it years earlier, never thinking it was going to get made, but then people started reading it and responding to it and it became a movie, and now here we are talking about it.

How did you get such a great cast? Indies usually have low budgets.

We didn’t have money. We needed to get certain people in order to get funding to make it. That’s the sad reality of independent movies. It all fell into place after Evan read it and liked it. Evan Rachel Wood brings so much class and respect. Evan was the first to read it and want to do it. Sam Rockwell and I have been friends for years. Vince and Pete I’ve known for a long time.

Is that from working on movies with them?

Yes, Sam and I met doing “Galaxy Quest” and Vince was “Dodgeball.” Peter I’ve just known. We got to be friends in New York. I’d never met Brendan before and he was kind enough to come in and do it. I think some wanted to play characters that they weren’t used to playing.

Vince was so funny.

What is it like to write with a sibling?

My little brother and I have always had a very similar sense of humor and sensibility. We have different strengths; he’s good at focusing on the story. He’s much smarter and good with structure. He’s funnier too. I don’t know, I guess he’s just better in general. [Laughs] I tend to write too much and look for too many jokes. He’s good at centering me and I love writing with him. We’re writing a pilot now for NBC.

What’s the name of it?

“The Younger Man.” It’s about a guy who’s in a long-term relationship. He fell in love with his teacher, and after high school they started dating and had a kid and it takes place 15 years later when they have a 15-year-old son. My character is in his early 30s and his wife is 50 and the wackiness ensues. I’m writing it with Jason Winer, who did “Modern Family.” He’s a really talented producer and we’re excited. We’re also adapting this book called “Happiness.”

Is Christian jealous of your success?

He would be the one to ask. He had aspirations to be an actor, but we spent so much time together in LA and I think he saw the downside.

That was my next question — what’s the downside of being famous?

Things I might complain about people might judge me for complaining. “Oh, go f*ck yourself. Woe is me. You get to make movies.” But there are things, like loss of anonymity. I used to love going to bars in small towns and just meeting people. I still do, but it’s harder to see through somebody’s agenda. I hate even remotely complaining because I know how it can be interpreted. But it’s not what you think it’s going to be.

It doesn’t feed you in any meaningful way. It doesn’t add value to your life. If anything it hinders a natural course you’re on.

Human interactions, your own behavior. I understand why you hear about people getting really weird. It can corrupt and consume you. I’ve seen it happen to people where they become this paranoid shell of a person.

Are you talking about friends of yours?

Yeah, and people I’ve worked with. There’s just an ugly side to it. You invest in this thing because you think it has meaning and value. It’s a real awakening. If you don’t invest in real things like family and friends and what’s happening in the world there’s a strong potential to invest too much in this, and at the end of the day it’s really just bullsh*t like premieres and stuff like that I thought would be fun.

Yeah, it kind of does. When I was little and my mom would take me clothes shopping for a school picture, I’d feel so self-conscious. I didn’t think I was attractive. Now those things are a big part of my life. Once I wanted to be a biologist. Then thought I’d be a priest. It’s funny when you whittle all the ideas down and choose one path. I love acting so much, that’s why I hesitate to even voice any complaints. All that stuff is just a byproduct. I got to make a movie with my brother — what a treat! There’s nothing better.

Watch the trailer for “A Case of You” below.


Give a voice to the voiceless!