A California police officer who was arrested in August for allegedly attempting to solicit prostitution at a Las Vegas casino will be paid more than $10,000 a month to sit at home and do nothing, according to reports.

Vahak Mardikian, 49, was arrested by detectives at the Flamingo Las Vegas Hotel and Casino on Aug. 8 after police say he attempted to arrange a cash-for-sex deal with an undercover officer.

The two struck up a lengthy conversation in which Mardikian, a former active duty Glendale police officer, asked the undercover detective if she had any experience with police officers, if she had ever been arrested for prostitution in the past and if she knew how to not get caught in the future. “I gave answers to all his questions,” the detective wrote in her police report, though she did not elaborate.

Mardikian agreed to meet the undercover officer at her car in a parking garage later that night “because he didn’t want it to look ‘obvious,'” according to the report. The arrangement never went through — Mardikian was arrested by detectives that evening and booked into jail on one count of soliciting prostitution.

Months before his arrest, Mardikian settled with the Glendale Police Department in a civil lawsuit that alleged he and five other officers had been harassed and retaliated against because they are Armenian. According to the Los Angeles Times, he was demoted in 2012 after attempting to pressure other officers to join the lawsuit, but was reinstated to the rank of sergeant after successfully appealing his demotion.

As part of the settlement with the department, Mardikian receives a monthly salary of more than $10,500 until he fully retires from the police force in December 2015. After his retirement, the officer will receive state retirement benefits through CalPERS as well as more than $24,000 distributed by the City of Glendale over the course of one year.

Mike Garcia, the city attorney for Glendale, told the Times in an e-mail that it was more affordable to settle with Mardikian than to take his lawsuit to court, where the risk of losing the case could have netted the officer more money in the long term.

It is unclear if Mardikian’s arrest in Las Vegas will affect his settlement.

Nevada is the only state in the country where prostitution is legal, and many brothels operate under state permits in more than a dozen rural Nevada counties. However, prostitution is criminalized under local codes in four counties — including those that cover the cities of Reno and Las Vegas — as well as Carson City, an independent jurisdiction and the state’s capital.

Despite attempts to criminalize prostitution, sex work is rampant in cities with a high concentration of casinos and resorts. According to a 2009 FBI report, Las Vegas was ranked one of 14 cities with a large population of child prostitutes. The U.S. Department of Justice also considers the city to be a hotbed for human trafficking. 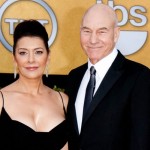 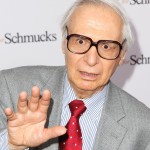