A JOURNALISM STUDENT KILLED A MAN IN A HIT AND RUN, NOW GOING TO JAIL AT LAST

So being young seems to be an increasing challenge these days.  The two sides of the coins of basic morality have two sides, right and wrong.  But for some youthful people, they seem to think that the coin sits forever on edge, with a convenient flip from moment to moment.  And that just might totally apply to one Matthew Kennedy, a journalism student at the Nova Scotia Community College.  When he was driving his car, he committed a fatal hit and run.  He hit someone, and literally left them to die.  But just hours afterward, he was on the radio, on air, while the program was reporting it!

AFTER LEAVING THE MAN TO DIE, HOURS LATER THE JOURNALISM STUDENT WAS ON THE AIR

So no, he didn’t mention that he was the vehicular murderer on the radio program.  The hit and run happened back in February, 2019, early in the morning.  We’re hearing about it again now because justice has finally spoken.  Kennedy was 25 years old at the time.  Police heard about the body in the road when a second vehicle struck the victim, Gary Rogers, in Dartmouth, Nova Scotia.  The second driver immediately called the police.  Paramedics responding pronounced Rogers dead at the scene.  But we’ll never know if he could have survived after the hit and run by the journalism student.

HE HIT THE MAN, LOOKED BACK, SAW HIS VICTIM MOVE, AND DROVE AWAY, LEAVING HIS MORALITY BEHIND

Even worse?  Kennedy spent 12 hours trying to deny his being the driver in the hit and run.  After leaving the scene of the accident, he denied his role multiple times and even tried to cover it up.  Eventually, police got to the truth, which is even worse.  Once they got the journalism student talking, he admitted that he looked back and saw the person he hit on the ground.  He then saw the person move!  And then, appallingly, he drove away without another look back.  He left Rogers to die on the ground, to be hit by yet another car.  Now, he’ll spend some time behind bars, with probation to follow.

But not for the hit and run.  For denial, covering it up and being an awful human being.  The coin now lays on one side. 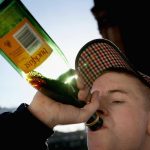 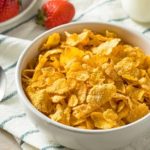