His name is Yuri Tolochko.  The bodybuilder with the sex doll wife, savvy?  So here goes.  His wife’s name is Margo.  The sex doll.  But Yuri the Kazak bodybuilder was always happy with Margo.  Like, totally.  But then she broke.  I’d add a punch line.  But frankly, I don’t want to know how she broke, ok?  I mean, she “survived” marriage for several weeks, ok?  But Yuri thinks the only way to move on from Margo is to diversify.  Because he just doesn’t want to face her, um, breaking again.  So hard to trust, you know?

So Yuri the Kazak bodybuilder wants more.  Like, more wives.  As in, sex dolls.  Ok, I get it.  It’s a plastic menagerie.  Or stable.  Um, storage closet.  Yuri fell in love with a sex doll that “lives” in Moscow.  So he flew there, only to be sent home.  You know, pandemic?  No freebies with a sex doll.  Wait, that sounds weird.  But Yuri has played with chicken meat and found it brought him to a boil.  But maybe he’ll find the best partnership with a toy chicken, which he wants to name Lola.  Poor Barry Manilow.

And yes, there’s more.  So much more to this Kaza bodybuilder with the broken sex doll wife.  But now I need a drink, with anything but chicken nuggets and dip. 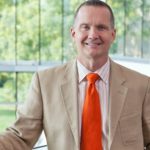 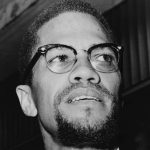