So housing hardship is nothing to take lightly.  Especially during a pandemic, which is why we supposedly have policy in place in the US preventing evictions.  We’ll see how that goes.  But when people are afraid of losing their residence, they can get really rathr desperate.  That has to be the explanation for the news coming out of Tokyo, Japan, this past week.  A woman is in police custody after the discovery of her mother’s body in the apartment’s freezer.  Yes, you read that right.  So why was her mother’s body in the freezer?  Because the still living and under arrest Japanese daughter was afraid of eviction.

LEASE IN MOM’S NAME, WOMAN HID HER DEATH, AND HER BODY FOR A DECADE

The woman’s name is Yumi Yoshino. She claims that she found her mother dead, ten years ago.  Yes, ten years ago.  She’s been living in he apartment with her mother’s body in the freezer for a decade.  I don’t know what you think about that.  But it gives me the shivers.  Yoshino told authorities that she was certain she’d face eviction if the landlord knew her mother was dead.  The lease, you understand, was in her mother’s name.  Now that is some cold, cold calculation from fear, amirite?

So how did someone discover the body?  Well, stupidity, for one.  Yoshino was behind on the rent to the tune 1.1 million yen, which sounds like at least a few months.  So the building forced her to leave in mid-January.  And yes, that means she left the apartment with her mother’s frozen body.  Sitting in a freezer, bent inside to fit, inside of a closet.  A woman sent to clean the apartment made the chilling discovery and called the police.  Police are currently holding Yoshino for the abandonment and hiding of a dead body. 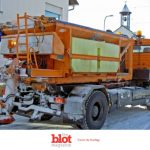 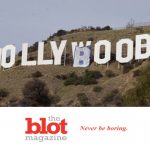