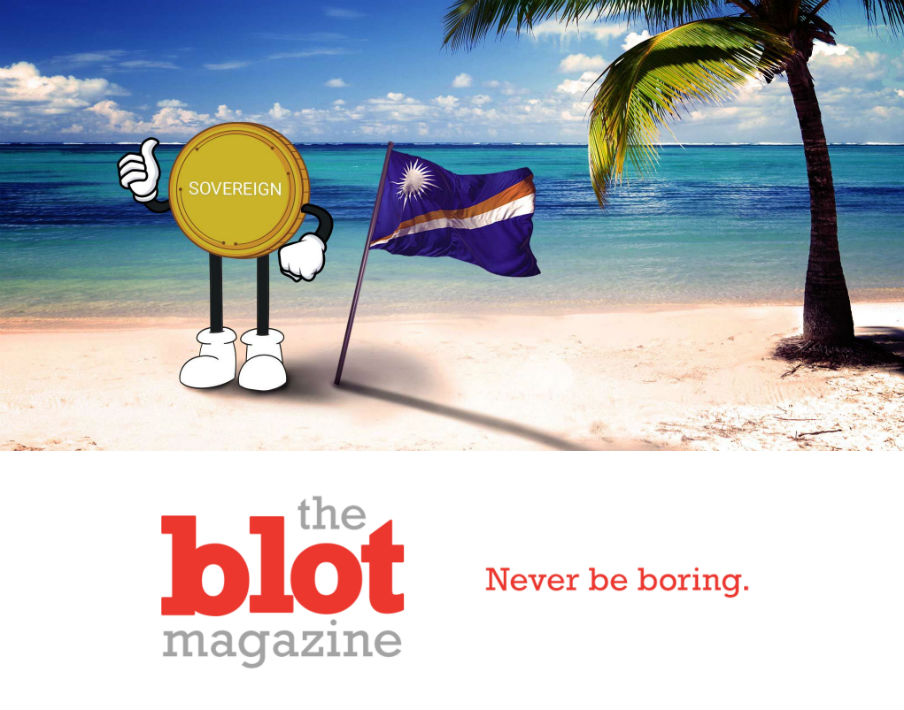 This is a strange new development.  Everyone has heard of cryptocurrency.  Some people love how much money you can make.  Some people are scared of how volatile the prices are.  But everyone knows cryptocurrency is here to stay.   We don’t really know that means, now or in the future.  But digital money makes sense in this modern age.  That may be especially true for small, independent economies like the Marshall Islands.  They plan on launching their own cryptocurrency, the “Sovereign” or the “SOV.”  But for some reason the IMF is trying to convince them not to.  And when it’s the IMF, that means…. pressure.

Read More: A Naked Man and His Penis Caused Me to Head to Waffle House

US SUPPORTS TINY NATION WITH FOREIGN ASSISTANCE AND MILITARY PROTECTION

So is the IMF offering good advice?  Or is this bullying on the world stage?  The Marshall Islands have just a bit more than 50,000 residents.  That makes them a tiny nation, dependent on other countries.  But that means the US in particular, which should make it no surprise that the Marshall Islands official currency is the US dollar.  In 1986, the US agreed to provide both military defense and foreign assistance to the small nation.  But recently, the Marshall Islands saw an opportunity to create a bit of independence.  That would come about with their own cryptocurrency.

MARSHALL ISLANDS GOAL IS TO ESTABLISH SOME INDEPENDENCE IN MURKY FUTURE

Not that the small country was planning on abandoning the US dollar.  But they wanted to have their own option for a currency which could provide some needed income and local valuation they otherwise completely lack.  The deal with the US will expire in a few years.  But the deal only came about as part of reparations from all the nuclear testing the US did in the area in the WWII era.  Launching a cryptocoin of their own is hoped to make up for budget shortfalls in the near term.  But in the long term, who know what could be possible?

SO IS THE IMF A BULLY, OR GOOD FAITH ACTOR?

But the IMF issued a formal warning against the new cryptocoin, saying that without safeguards against money laundering that the small country could lose all US backing.  They noted that the Marshall Islands only one domestic bank and are vulnerable to a total collapse if they become even more isolated.  So is this solid advice from the IMF or is it institutional bullying?  The only way to tell is if the Marshall Islands launch their new cryptocurrency with a host of safeguards in place.  Then we’ll see what the IMF says….