The music biz keeps shrinking, even with digital sales, and streaming pays tiny bits to artists (right, Ms. Swift?) but somehow, these 10 brave music-smiths soldier on. And while it’s heartening to see so many women making such good albums, do we really need another “Year of the Woman” headline? A: No.

Hailing from the same English city that gave us Robin Hood, two pint-swilling blokes make the best case for English rap since the prime days of grime (Dizzee Rascal, Wiley). Brits surely get the Mods’ references more than anyone else, but any foreigner can still get the gist of it. Jason Williamson spews out his words like an angry, self-righteous punk with enough self-confidence for a whole barroom. Hear their wares at https://sleafordmods.bandcamp.com

Even fans would have to admit that the Boss’ albums have been disappointing since the ’80s. And it makes no sense that this collection of redone out-takes, cover songs and leftovers would make for his strongest record in a while, but it manages to hold together on its own and flow somehow. Maybe the secret is guest guitarist Tom Morello (Rage Against the Machine), who shares a heavy left-wing leaning with the Boss. And somehow Springsteen sounds not just defiant but also hopeful here — a nice trick for sure, and one that we could all learn from.

Merrill Garbus is a weirdo in the best sense of the word. She layers drums, chants, vocals and somehow crafts them into catchy tunes. It’s not a fluke or a one-time trick either — she’s managed to pull this off for three albums now, so trust that she knows what she’s doing. And for some reason, she gets stuck with the “folkie” tag. Go figure.

For all of us who love shoegaze, that wonderful mix of ear-melting guitar noise and gorgeous songs, the return of My Bloody Valentine, the kings/queens of the form, has been gratifying, but Philadelphia quartet Bleeding Rainbow captures the style’s magic best right now. It helps that, like MBV, there’s a sweet femme vocal in the mix courtesy of Sarah Everton.

Marianne Faithfull “Give My Love To London” (Easy Sound)

She’s a grande dame by now and full of good connections — she’s got Steve Earle, Nick Cave and Roger Waters helping her out on this record — but truth be known, Marianne Faithfull has done better work than these gents have done in years. Maybe it’s that wonderful nicotine-stained voice or that she’s some kind of auteur. In any case, Mick Jagger is her ex by now and not vice versa.

Sugar Stems “Only Come Out At Night” (Dirtnap)

It’s gorgeous indie-girl pop, not mainstream pop, and that’s not just because it ain’t overproduced but also because it’s not afraid of guitars. The Stems are a ultra-catchy Milwaukee quartet with tunes that will hook you on first contact. If you’re a fan of this sound, also try Florida natives Beach Day and their album “Native Echoes” (Kanine), which is a little more ’60s and girl-group influenced, plus a little sadder in their outlook.

Even some White Stripes fans might tire of his scraggly voice and punk-blues but for classic rock fans, Jack White is breathing new life into the moribund genre, remembering its roots and giving hope that he’ll be touring for decades after the old guard starts dying off.

This Indigo Girl has toughed up in her solo life, though not enough to abandon Lilith Fair boosters. Her fey side is behind her, hopefully for good, even if that means abandoning her sisterly commitment for a guy-dominated band playing down-home music. And how could you not love someone who toasts not just Gregg Allman’s long-gone brother but also her pooch?

She’s probably known as much for tabloid headlines now as being a country diva, but Miranda Lambert’s also one of the most dependably consistent mainstream artists now. She’s still a badass and unapologetic about it, plus she puts more good rockin’ tunes on her albums than Bono & friends seem capable of anymore.

Amazing that 25 years after the fact, Chrissie Hynde has finally done a solo album from The Pretenders franchise she’s owned for just as long. It’s not that she’s “expressing herself” on her own so much as that she’s comfortable as an AARP rocker, much more than almost all of her male counterparts, especially with that sultry moan of hers in tact.

OTHER GOODIES YOU SHOULD SEEK OUT 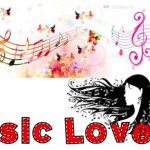 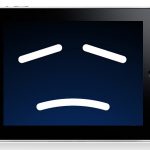