Ok, so you may have already heard about that idiot that tried to kidnap a woman in a karate dojo.  Yeah, that didn’t go so well.  But now we have another creative idiot, this time in Rio de Janeiro.  That’s a really bad idea.  Or, as the UFC President Dana White captioned a bloody photo, “#badf—ingidea.”  So ok, maybe this guy is only an idiot for trying to rob a woman he saw on the street.  How was he to know she’s an MMA fighter?  For all he knew, Polyana Viana was just some easy target when he saw her last week on the street.

Read More: Rupert Murdoch is An Idiot About Climate Change

VIANA WAS WAITING FOR AN UBER WHEN MAN SAID HE HAD A GUN, SHE HAD DOUBTS

So as for Viana, she said she was simply waiting for an Uber in front of her apartment in Rio.  Some guy walks up and asks her the time.  But then, as these things tend to go, he asked her to give him her phone.  He said he had a concealed gun.  But Viana, while not a poker player, had some doubts about his ante.  So, as she said, “I threw two punches and a kick. He fell, then I caught him in a rear-naked choke. Then I sat him down in the same place we were before and said, ‘Now we’ll wait for the police.'”

ONLOOKERS CALL POLICE AS SUSPECT FEARS MORE OF A BEAT DOWN

It turns out that Viana could play her some poker if she wanted to.  The gun was just cardboard that looked like the shape of a gun.  Other people on the street nearby called the police as she kept the robber subdued.  But according to Viana, “He said, ‘Call the police, then’ because he was scared I was going to beat him up more.”  Authorities took the robber to get medical treatment and then to a police station.  Viana is already back in training.  She and her manager posted a pic with this caption, “The Robber Union in Rio de Janeiro is asking that the UFC please give a fight to Polyana soon! They are worried for their safety while she is [loose] out there and with nothing to do!” 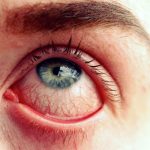 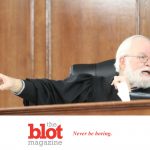