We all learned our letters a long time ago.  Well, presumably, if you’re reading this you learned your letters a long time ago.  But what happens when people in highly specialized professions miss a letter?  Well, the answer happens to be, it can be a lot.  That was true for one poor woman in Scotland, England.  She ended up having some serious issues after a pharmacist not only made an error, they didn’t catch it before the Scottish woman left.  They not only didn’t give the woman the eye meds she needed for her dry eye condition.  They gave her erectile dysfunction crème to put on her eyes!

Read More: Say That Again? 10 Ways to Be a Better Listener

ONE LETTER OFF, BUT ERROR DOESN’T MAKE ANY SENSE

So that’s the kind of thing that happens when a letter is missed.  The woman had gone to her doctor because of her dry eye condition.  Then she left with a prescription for an eye lubricant, VitA-POS.  But the pharmacist read the prescription as Vitaros.  And Vitaros is a cream men use to get a hand up with their erectile dysfunction.  So what is up with this pharmacist?  First, women don’t get erectile dysfunction cream.  And if your day job is filling prescriptions, how do you not know what Vitaros is?  Second, you give her Vitaros but include the instructions to spread the cream on her eye?  So what the hell is that?

So the poor woman ended up having pain, a swollen eyelid as well as blurred vision.  No one knew anything was wrong until then!  That’s just crazy.  But luckily for her, antibiotics fixed her situation up.  But some are calling for block letters in prescriptions.  If doctors have to use those, it would fix this problem.  But, quite frankly, that doesn’t explain how this screwup happened.  Sure, mistakes happen all the time.  But this is basic stuff.  It’s certainly more than an eyeful.  It’s enough to make you cry over dry eye, that’s for sure. 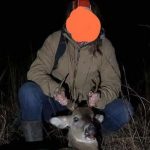 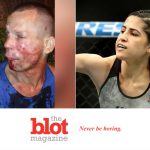