No, wait. That’s right. It got delayed.

Nah. None of the above. More postponements.

After a total of six delays, “Spider-Man: Turn Off the Dark” opened on June 14, 2011. This is what happens when you have a script that is horrible and needs to be rewritten before it goes anywhere near a Broadway stage. This is also what happens when you have what some may call an “ambitious” production that has to be choreographed in the exact space in which it is to be performed because the stunts are so dangerous. Oh, let’s not forget the odd collaboration between the difficult director Julie Taymor and Broadway newbies Bono and The Edge. Bringing in a new director and writer will add some time, too. Mix in major injuries suffered by multiple cast members and some fines from OSHA (Occupational Safety and Health Administration) and you have a $75 million production.

Wait. What? Yes, the approximate capitalization (because who’s counting at this point?) for the musical was $75 million. It must be nice to have so many rich friends, right Bono? To put that number in perspective, the hit show “Wicked” cost $14 million to produce in 2003, “Billy Elliot” was about $18 million in 2008, and just weeks later “Shrek” blew minds when it opened for more than $20 million.

Not only was the budget exorbitant, but the weekly operating costs have been over $1 million. To put that in perspective, only about 25% of Broadway shows have been reaching $1 million in weekly gross sales this season. In 2011 and 2012, “Spider-Man” was consistently averaging well over that number week in and week out. A sudden dip in numbers this fall has the production dangerously close to entering the red for the year. Producers of the show will certainly be crossing their fingers as the holiday season approaches.

With all that on the table, you must be wondering how on this radioactive-spider-bitten Earth one makes their money back from an investment in this show. Launch a new ad campaign? No. It’s expensive and everyone already knows the show exists. Stunt casting? By this, I do not mean cast more people to sacrifice their bodies for their “art.” This means getting star names to join the cast. No. It’s also expensive and no big star in their right mind would jump on board this ship. Alan Cumming (who was once attached) went running for the hills long before opening night.

Broadway investors also make money on regional, international and touring productions for a set number of years (depending on the contract). Eventually, you will see “Spider-Man” slinging his webs all over the country. However, the only way this production has any chance of coming close to breaking even is performing at arenas. I’m talking about those places where Cirque du Soleil set up shop. Yes, the operating costs would be more than that of a typical Broadway touring house, but the profit potential is considerably greater. Do this on the international level (which isn’t hard to do with a recognizable brand) and you have yourself a shot.

And guess what? All those dangerous high-flying stunts become much safer in venues like these because there is actually room for them. Now that would be one hell of an upside-down kiss! 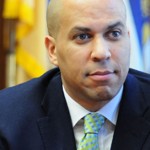