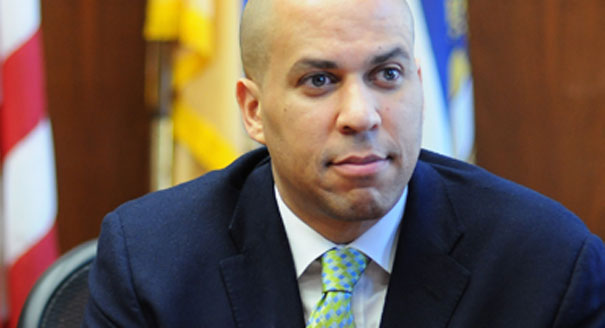 Unless he were unmasked as a spy for the Chinese, the special election in New Jersey yesterday to fill the U.S. Senate seat was Cory Booker’s to lose. New Jersey hasn’t elected a Republican to the U.S. Senate since 1972, and the mayor of Newark has one of the highest profiles in American politics. Running against a Koch-brother minion named Steve Lonegan, the question was not whether Booker was going to win, but by how much. Actually, it raises a second question — could Lonegan have employed any strategy that would have put him in the Senate and kept Booker in Newark?

The fact that Chris Christie is both governor and a Republican suggests that there might have been a way for Lonegan to win. Like the governor’s office, U.S. senator is a statewide race, and if there is one Republican holding statewide office, logic dictates that others could possibly win with such an electorate. However, the Christie situation is distinct from the general situation GOPers find themselves in when running statewide in New Jersey — distinct bordering on unique.

You have to remember that Christie got elected in 2009, a year after the Wall Street meltdown. New Jersey relies mightily on the financial industry for tax revenues and jobs. Unemployment shot up, the state budget gap widened, and things were generally not good. Sitting-Governor Jon Corzine took some of the blame for this. So, Christie started with a weakened opponent with a record that had gone south in the last year.

Next, Christie himself had a record to run on. He spent four years as Freeholder in Morris County, but he really gained notoriety as a U.S. Attorney under George W. Bush. He ran an anti-corruption campaign (which in New Jersey was long overdue) and secured convictions or plea deals with 130 public officials from both main parties. He wound up doubling the size of the state’s anti-corruption unit. Christie also made headlines by taking on a chain of brothels that kept Mexican teenagers as sex slaves, convicted 42 members of the Double II Set street gang of crimes including 25 murders, and won a 42-year sentence for British trader Hemant Lakhani for trying to sell missiles illegally. Lonegan, meanwhile, was mayor of Bogota (pronounced bo-go-duh, nothing like the South American city) and did little to distinguish himself at the state level. That is part of the reason Christie beat him in the 2009 GOP Primary.

Also, Christie was aided by the presence of a third-party candidate on the 2009 ballot, Chris Daggett. Daggett added a strange dimension to the race. He worked for Republican Governor Tom Keane in the 1980s, was Region 2 Administrator for the EPA (a region that covers New York, New Jersey, Puerto Rico and the U.S. Virgin Islands), served as the state’s Commissioner of Environmental Protection, and was chairman of the New Jersey Department of Environmental Protection Permit Efficiency Task Force under Governor Corzine.

In the end, Christie won the race with 1,174,445 votes (48.5% of the total cast), Corzine got 1,087,731 (4.9%) and Daggett secured 139,579 (5.8%). It is always dangerous to ask “what if?” in a case like this. Not all of Daggett’s voters were natural Corzine supporters, and many might not have voted at all if Daggett hadn’t run. Nevertheless, it is hard to argue that Christie was hurt by Daggett’s presence on the ballot. In yesterday’s Senate race, there were five independent or minor party candidates, but not one of them had the kind of profile and financing that Daggett commanded in 2009, and their vote totals, while still being calculated, were far below the 5.8% Daggett won.

However, there was one factor in the Booker-Lonegan race that almost certainly assured Booker of victory — namely, the fact that Lonegan comes off as an unpleasant jackass when he deals with the public. For instance, Lonegan said it was “strange” that Booker wouldn’t say whether he (Booker) is gay or not. During a debate, Booker talked about the need to clean up a river that runs through Newark. Lonegan said, “You may not be able to swim in that river, but it’s probably, I think, because of all the bodies floating around of shooting victims in your city.” Earlier in his career, he was photographed giving the finger to the press.

In the final analysis, it might have been possible for a Republican to win yesterday’s special election, but that Republican wasn’t Steve Lonegan. 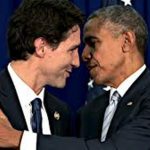