Nov. 29, today, the sun leaves the constellation Scorpius and enters, not Sagittarius, but Ophiuchus. Born today, you are not an Archer, but a Serpent Bearer. Maybe that explains the mess your life is in. You weren’t born under the sign you thought you were.

I am a skeptic by nature. I don’t believe in most things unseen, unheard or unmeasured. I don’t believe in tarot cards, tea leaf reading, ESP or crystal power. I am pretty certain that there are no angels, no demons, no God and no Devil. I don’t believe in heaven (although I do believe in Maui) nor in hell (North Dakota in February is close, though). There are no miracles, not when you understand the Law of Big Numbers and probability mathematics. Above all, though, I bear a special doubter’s antipathy for astrology because it is the one steaming pile of superstitious unreason that turns up in the morning paper every damn day, when the editor could put in a few column inches on a global issue the readers need to understand. When asked what sign I was born under, I tend to use the middle finger.

As Shakespeare put it, “The fault, dear Brutus, is not in our stars, But in ourselves, that we are underlings.” When your life blows up, it isn’t because Venus is in the wrong house; it’s because you did something dumb. When things go well, it isn’t that the stars were aligned for success; it’s because you were prepared and acted wisely. And yes, that law of big numbers occasionally rears its ugly head either dooming your best efforts or preventing even your dumbest move from causing disaster.

But if we’re going to pretend that there is anything to astrology (never to be confused with the ancient and noble real science of the stars, astronomy), then let’s hold it up to the kind of scrutiny serious people of reason demand.

The whole premise of astrology is that the sun and planets travel through the signs of the Zodiac and through some unknown force affect our lives (Nobel in physics to anyone who can demonstrate the existence of such a force — and no, gravity doesn’t measure up). Each sign of the Zodiac allegedly has different qualities. And there are 12 signs of the Zodiac according to astrology.

Except as Dr. Neil deGrasse Tyson notes in “Universe Down to Earth” (p. 210 of the 1994 edition from Columbia University press), “the zodiac contains 14 constellations, not 12. The Sun, after leaving the constellation Scorpius, enters the constellation Ophiuchus. It then stays in Ophiuchus for a longer [emphasis in the original] period of time than Scorpius, the sign that is advertised to precede Sagittarius. The confusing conclusion is that most Scorpions are actually Ophiuchans, and all Scorpions and Ophiuchans are currently Librans. The fourteenth constellation in the set is Cetus. It is a large constellation that dips into Pisces. The Sun passes through Cetus briefly as it ambles through Pisces, but you are not normally informed of this in the horoscope pages.”

Now, Dr. Tyson will be the first to admit that the constellations are just made-up things, pictures created in the minds of humans that don’t have any real astronomical importance. The stars that make them up are only close to each other if looked at from Earth without an appreciation of cosmic distances. We could just as easily have one constellation named Zodiac, and it would change nothing in astronomy.

Astrology, however, is stuck with 12 signs, signs made up by humans. And the number 12 is important because the Babylonians who made up the first real calendar and astrology thought it was a magic number, much as the Chinese laud 8, the Norse liked 9 and the Christians are into 3. Today, the metric system would give us a calendar of 10 months and 10 signs to go with them (except in America, where there would still be four pecks to a bushel, 14 days in a fortnight and as many signs in the Zodiac as necessary for fundamentalist preachers to condemn it as the Devil’s work rather than as just stupid).

The introduction of a new sign (or two if we include Cetus) shouldn’t be a problem. After all, astrologers didn’t know about Uranus, Neptune and sometime planet Pluto at first either. Now, though, they are incorporated into your daily horoscope. But many of those who believe in bad juju and lucky pennies have conniptions over the very idea. For example, arch-fool Diane K. Rosenberg, “the leading authority on Fixed Stars [not Stephen Hawking or Dr. Tyson?], writes “astrologers use celestial longitudes.” Well, a good scientist is a precise scientist, so what’s all this constellation crap? It is as if a geographer, rather than using terrestrial longitudes and latitudes to mark Greenwich, simply said, “Sort of south east Greater London.” If you mean celestial longitudes, then say so.

Some astrologers accept the “new” sign(s) and are quite happy to discuss them. But here’s where it gets fun. Clearly, someone has to be wrong. Either there are 12 or 13 or 14, and predictions will vary accordingly. A double-blind study with a control group appears to be in order. If astrology weren’t complete nonsense, its practitioners would be clamoring for such a test. But it isn’t, so they won’t. No charlatan will ever let his con game be tested against another’s — it’s bad for business.

There’s a prediction that is certain to come true. 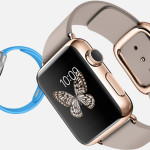 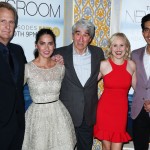