This year’s Academy Awards seems to be all about “Boyhood” vs. “Birdman.” Both films are a celebration of creativity, but “Boyhood” is more of a creative gimmick — filming over a 12-year period — while “Birdman” is fantastical and innovative.

“Boyhood” is nominated for 6 Oscars:

At the Golden Globes, “Boyhood” came out ahead for Best Picture, Best Director and Best Supporting Actress, however, “Birdman” won Best Actor and Best Screenplay.

Now for the nitty gritty. I have rubbed my crystal ball, and here’s what I see:

“The Theory of Everything”

Who Will Win: “Birdman” (I hope, I hope) but “Boyhood” could walk away with this award. That would be just plain wrong. While shooting a movie over a 12-year period is a clever first, it doesn’t mean that the movie was the best. It was not. “Birdman” was. Period.

In years past, the Oscars for Best Picture and Best Director go together. So that means if “Birdman” wins, as I expect it to, Alejandro G. Iñárritu wins. In the past two years, though, there have been Best Picture/Best Director splits, so it is conceivable that we’ll see that this year, too. That said, DGA is usually a good predictor, and Iñárritu won.

Who Should Win: Alejandro G. Iñárritu

Who Will Win: Alejandro G. Iñárritu

ACTRESS IN A LEADING ROLE

Felicity Jones, “The Theory of Everything”

In previous years, Moore was nominated four times (“Far From Heaven,” “The Hours,” “The End of the Affair,” “Boogie Nights”) but has no wins. Not only is this role her tour de force, her lifetime’s body of work needs to be recognized by the Academy. She will win. If she does not win, there is no order to the universe. She soared above the other exemplary women in this category.

Who Should Win: Julianne Moore

Who Will Win: Julianne Moore

ACTOR IN A LEADING ROLE

Eddie Redmayne, “The Theory of Everything”

This is the tightest race for performances among the award categories this year. Each man deserves a win. Carell completely transformed himself to play John du Pont, a dark and twisted man; Cooper played Chris Kyle, responsible for 160 confirmed kills and possibly as many as 255 kills; Cumberbatch played brilliant, troubled Alan Turing; and Keaton nailed it as a mentally disturbed has-been. But, if you twisted my arm, held it behind my back and made me choose, I would chant Redmayne, Redmayne, Redmayne. His Stephan Hawking was the most demanding role, and he aced it. I say give him what he has so rightfully earned.

Who Should Win: Eddie Redmayne

Who Will Win: Eddie Redmayne

ACTRESS IN A SUPPORTING ROLE

Meryl Streep, “Into the Woods”

This looks like a lock. I don’t think there is even a smidgeon of a question here. Arquette won the Golden Globe, SAG and BAFTA in this category, and she will win this. Mazel tov to a hard-working actress who has been winning television awards for years.

Who Should Win: Patricia Arquette

Who Will Win: Patricia Arquette

ACTOR IN A SUPPORTING ROLE

J.K. Simmons has swept the awards seasons so far for his stellar performance as Terence Fletcher, a demanding and relentless music teacher with multiple fiery, yet pathologically controlled, outbursts. He has won Best Supporting Actor at the Golden Globes, BAFTA and SAG plus a long list of other awards. He will win this.

Who Should Win: J.K. Simmons

Who Will Win: J.K. Simmons

This one is the toughest to call. WGA ruled “Birdman” and “The Theory of Everything” ineligible. Variety quoted WGA West Spokesman Gregg Mitchell: “‘Birdman’ and ‘The Theory of Everything’ were excluded because neither film was covered by a WGA or affiliate guild agreement.” WGA gave the award to “The Grand Budapest Hotel,” so that is a strong possibility for the win at the Oscars. It’s important to remember that, in past years, we’ve seen winners at the Oscars that were excluded by the WGA (“12 Years a Slave,” “Django Unchained” and “The King’s Speech”).

Who Will Win: “Birdman” but good chance of upset by “The Grand Budapest Hotel”

Anthony McCarten, “The Theory of Everything”

The top two contenders are “The Imitation Game” and “The Theory of Everything.” The first won a WGA, which carries more weight in this category than the BAFTA won by the latter. This is also a powerful film, and the Academy will want to reward it in at least one category.

Who Should Win: “The Imitation Game”

Who Will Win: “The Imitation Game”

We’ll be back post-Oscars to see how we did. 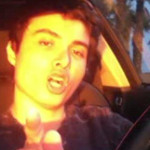