A gun shop in Maryland had to pull a “controversial” gun from its shelves recently as gun nuts went bananas that this gun, a so-called “smart” gun, would somehow make all of their guns obsolete. That is actually what happened, and it is strange that I have had to type out that sentence.

The gun won’t fire unless the person firing it is wearing a special watch. This is so that nobody but the person that owns the gun (well, the watch, really) will be able to fire it. Gun enthusiasts (read: people who confuse genitalia with weaponry) believe that the simple sale of this gun will soon make it law for people to use smart guns. Those people want it so that anyone can just walk into a store, buy a gun and fire it at whatever they so choose because this is America, the greatest nation on earth, forever and ever, amen.

This, from the Atlanta Journal, says yes, and part of the story is quoted below.

The National Rifle Association and other gun groups detest the technology. Once widely available, they fear that the technology could be made mandatory. In fact, a New Jersey law passed in 2002 mandates that three years after the technology becomes widely available, all new handguns sold in the state have to be equipped with it. It has yet to be enforced, and New Jersey legislators are already talking of repealing the law if in return, the NRA agrees to drop its blanket opposition to the gun.

See, the thing about gun enthusiasts is that they own killing machines and talk quite openly about “not being afraid to use them” — which makes reaching any sort of compromise with these people a moot point from the start. It is a lot like trying to enjoy, perhaps, a wine tasting with a someone who describes themselves as a poison enthusiast.

A wristwatch would add another level of accountability to gun owners; there are thousands of deaths a year from misused firearms — such as a child who find a gun and shoots a friend (or themselves) or, for example, a mentally ill person just grabbing their mother’s arsenal from an unlocked gun locker and then going and shooting up a couple of first-grade classrooms. Gun owners seem to get a huge kick out of being able to fire at whatever they damn well please, whenever they damn well please, without, seemingly, any sort of consequence.

Perhaps a wristwatch isn’t the way to go — guns with fingerprint sensors have already been developed, but the gun and rifle enthusiasts are extremely resistant to change, saying that the gun fingerprint scanner could only be useful to autistic people and perhaps uneducated children. 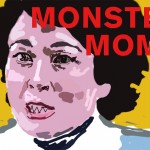 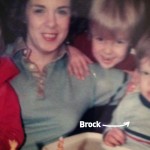