So it’s election week.  And we’ve totally been thru it here in the United States.  Fortunately, the wait is over for us.  And it’s been a doozy by any measurement you can think of.  But this year’s pandemic election cycle has had some other crazy things in it besides American hyper partisanship.  And a small town in Romania just may take the cake.  So how could they eclipse a Donald Trump election?  Well, easily.  They done gone and went and reelected their Romanian mayor.  So sure, that sounds fine.  But the problem is, this mayor was dead.  Yes, they reelected their dead mayor.

Read More: No One Notices Dead Man on Train for Five Hours?

DEVESELU, ROMANIA REELECTS MAYOR BY A LANDSLIDE WHO DIED 10 DAYS BEFORE

A week and a half ago, the town of Deveselu, Romania reelected their mayor, the 57-year-old Ion Aliman.  He’s (or was) a member of the Romanian Social Democrat Party.  Clearly, he was very popular.  Because he won his reelection by a veritable landslide.  But I’m not sure how well he is going to be able to govern from the grave.  Because he was another Romanian Coronavirus fatality just 10 days before their election night.  So it’s kind of a perfect story in a number of ways.  The election happened just a bit before Halloween, and a week and a half before the fate our own devastating election here in the US.

Related: Was It Ego? Montreal Mayor Cancels Halloween Over the Weather

Plus, we’re talking about freaking Romania here.  Have you ever heard of Vlad Tepes?  The Prince of Wallachia?  Or, how about Vlad the Impaler?  Hmmm.  Well, if you’re still confused, let’s cut to the chase, Dracula.  Yeah, now you’re getting it.  And now here in the 21st Century we have a town electing a dead mayor back into office.  But I should point out that there was nothing too spooky about this.  Aliman died too late for Romanian authorities to remove his name from the ballot.  So a majority of voters came out and voted for him to honor his memory. 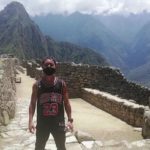