WHY WOULD GOOGLE, FACEBOOK AND MICROSOFT LOOK TO UNDERMINE SCIENCE, KILL HUMANITY?

So if you think global warming is NOT man-made, you’re gonna have a hard time with this coverage.  But even if you already understand that global warming IS man-made, you’re still gonna have a hard time with this coverage.  But why?  Because there’s only so much outrage we can suffer as the planet marches on to boiled-egg status.  But we did just find out something totally shocking, even though we shouldn’t be surprised at all.  It turns out that Google, Microsoft and Facebook were the biggest sponsors of Libertycon.  That’s the annual conference of the  Students for Liberty.  They’re a libertarian youth group and meet every year in DC to spread the bad word about climate change.  And no, that’s not sarcasm.  It’s totally fair.  Climate change could end humanity.  Why would these tech giants conspire with them?

LIBERTYCON IS ALL ABOUT MISINFORMATION, “LIBERTY” IS MAKING MONEY BY DESTROYING THE WORLD

Google was the top sponsor giving $25,000.  Facebook and Microsoft came in second, throwing in $10,000 each as well.  So who else was a notable sponsor?  The CO2 Coalition, which is backed by billionaire assholes like the Mercers and Koch brothers.  They have tried to insert the meme that CO2 is actually “good news” for the planet, even as once in a century natural disasters happen every year these days.  But they have no shame.  They’re not paid to have shame.  They’re paid to get out their messaging, like, “more carbon dioxide will help everyone, including future generations of our families” and the “recent increase in CO2 levels has had a measurable, positive effect on plant life.”

So what the hell is going on with these three tech giants participating in, never mind sponsoring, an event like this?  They say that it’s part of their wider event funding that ignores party lines and is essentially nonpartisan.  But that’s like saying an event with nothing but Nazis is nonpartisan.  Hey, why didn’t the Rabbi show up?  But just like the Big Lie, these three should know better.  Their platform here is utter bullshit.  This is a conference that represents the denial of the greatest threat to all of humanity, not just an ethnic minority.

So why were they really there?  How do these companies benefit from sponsoring climate change denial?  Because this isn’t incidental.  It’s strategic.  That makes them part of the problem. Why would anyone informed conspire to wreck the world in short order? 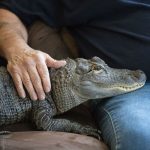 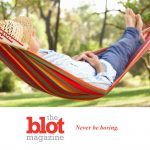