So it’s not really a surprise.  But I guess we needed two scientific studies to be sure.  Getting rocked to sleep makes for a better night’s sleep.  But now we know that this is also true for adults!  All it takes is a gentle rocking motion.  Just a little rocking motion before and then a little more during sleep gives everyone, even adults, a better and deeper sleep.  But one nice surprise is that the rocking improved adult memory skills afterwards!  So I’m not sure what the best way to test this is.  But I’m sure we can all do our own, at home experiments whenever we want to.  Rockabye baby is not just for babies anymore.

SCIENTISTS: WE WILL, WE WILL ROCK YOU

In general, we all seem to understand that when you rock a crying child in your arms, it helps to calm them down.  So back in 2011 Swiss researchers published the results of a study they conducted.  They found, as above, that people who took a nap on a rocking bed went to sleep faster and had a much longer time in deep sleep than on a regular bed.  But now some of those very same researchers joined forces with others and did further research fleshing out their findings.  It may change how we think about how we should sleep.  But also, what is the best sleep aid?

MAYBE DON’T FORGET TO GET A HAMMOCK, FIND THOSE SWEET ZZZZZZ’S

The 18 people in the study all spent three nights in a sleep lab.  There, researchers monitored their brain waves and recorded their sleep patterns.  The researchers findings confirmed that gentle rocking greatly improved the quality of their sleep.  But it also helped improve their memories, too.  But why?  Well, sleep helps us process recently stored memories.  Scientists call that memory consolidation.  So these sleep researchers thought there was a good chance that gentle rocking before and during sleep would help with memory retention.  So of course, they were right. 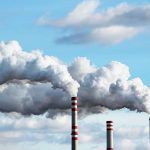 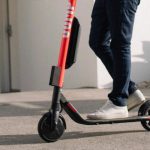