Zac Stevens (not his real name, we’re assuming) is one of a handful of baby-faced male models who has appeared in productions for Helix Studios and Men.com. For his 25th birthday, Stevens asked his fans for one simple request: Help him raise enough cash to buy a king-sized Tempur-Pedic bed.

“You guys all know that I like to party and everyone wants to sleep in my bed,” he wrote on a GoFundMe campaign for the bed. “I really need a king-sized bed so we are not all cramped up.”

But the new bed isn’t just for fun and games: Stevens says he suffers from sleep apnea, a medical condition that causes a person to occasionally stop breathing while they sleep.

The Tempur-Pedic bed Stevens sought to raise funds for goes for around $4,000 for just the mattress. Additional options include a plush bed frame, head board and mattress protector. Stevens wrote that he needed “half” of the bed’s cost and was seeking $7,800 toward the purchase of the Tempur-Pedic setup (it’s unclear what upgrades Stevens made to the bed; he did not return a message sent through GoFundMe seeking comment).

In the few weeks his campaign was live, only a handful of people donated money — but the donation amounts were large enough (LINK NSFW: ) that Stevens walked away with enough to buy the bed. An updated message on GoFundMe said he would be posting pictures of his purchase at a later time and would be giving his old bed to Goodwill.

The give-a-porn-star-a-bed crowdfunding campaign is unusual as far as crowdfunding ideas go, but it’s not the weirdest thing to find an audience willing to part with its cash.

In 2012, Greg Kiesow raised more than $2,000 to help launch a business that sells miniature bacon sculptures made out of crystal, including a line of necklaces, earrings and ornaments. Another user managed to raise more than $5,000 for an unofficial rap album dedicated to the cult television series “Doctor Who” and a cuisine enthusiast somehow raised close to $50,000 to get his line of sword-infused simmer pans funded (although it’s been months and people are apparently still waiting for their pans).

It just goes to show you that people will throw money at anything. (By the way, if you’re reading this and you feel the sudden urge to part with your cash, the author of this post accepts Square Cash and PayPal). 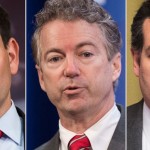 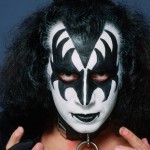