Global warming is real, climate change is real and they are expensive. The latest research from the U.N.’s Intergovernmental Panel on Climate Change that suggests fighting climate change could cost the equivalent of 4% of the total world economy by 2030. The reading is grim.

The IPCC said that keeping the current warming of the planet to just 2 degrees Celsius would require a “40 percent to 70 percent reduction in heat-trapping gases by 2050 from 2010 levels.” What that means is we’re trying to keep greenhouse gases below 480 parts per million in the atmosphere; currently, that figure is around 400 ppm.

Alex Morales at Bloomberg reported, “Containing the concentration to 480 ppm ‘would entail global consumption losses’ of 1 percent to 4 percent in 2030. That range would rise to 2 percent to 6 percent in 2050 and then to as much as 12 percent in 2100 when compared with scenarios that don’t involve fighting climate change, according to the document.” In other words, spend a little now or a lot later.

Before we go any further, let me address climate change denial. First off, the climate changes. We’ve had Ice Ages and periods of glacial retreat. The question of whether the current heating of the planet is manmade (“anthropogenic” if you want to impress people at a cocktail party) is largely irrelevant. We’ve been putting greenhouse gases into the atmosphere since industrialization started, and if they haven’t caused global warming, it is only a matter of time before they do. Climate deniers are simply optimists. I am an extreme pessimist.

Economists argue over what the cost of dealing with climate change is and whether it’s worth it. One group takes the view that we should spend a dollar in remediation for every dollar of damage done. Another says any spending to prevent climate change should yield the same returns as any other capital investment. The result is a pointless argument over assumptions and figures pulled from thin air.

If you look at the problem from an anthropological, political, or military point of view, however, there isn’t any debate. We aren’t doing enough, and it’s going to be damn serious even if we get moving right now.

For those of us in the rich part of the world, climate change means higher costs of living, and so a generally lower standard of living. There will be winners and losers, of course, because change isn’t equally bad for everyone.

Where people are poor, where they live right on the environmental margin, the changes will be disastrous. Take Bangladesh, for instance: a nation of about 160 million people, almost 90% of whom are Muslim, mainly Sunni. Most of the country is 10 meters or less above sea level. It is getting richer, but the per capita income is still just over $2,000 a year.

Now, raise the sea level a few meters. Gradually put salt water on the lowest-lying farmland. Slowly flood the coastal cities with higher tides. Hit the nation with a few more huge storms each year. How long will it take for a sizable portion of the population to be pushed over the edge? And when human beings are pushed, they tend to react, often violently. Given recent history, how long before a few thousand angry people get taken in by a bin Laden? Economists don’t know how to measure these costs. The Pentagon has already identified climate change as a leading, if not the leading, threat to American national security.

I don’t think the Sunnis of Bangladesh are unique in their situation. The poor in south Florida will face the same problems, and is America capable of dealing with millions of climate refugees? Well, at a price, perhaps. Not just a price in money, but in broken lives, family meltdowns and social strife. There’s no dollar value on those. 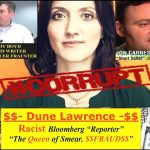