Federal investigators say a non-disclosure agreement signed between law enforcement and the manufacturer of a cellphone surveillance device isn’t meant to prevent police from disclosing when the devices are used against criminal suspects.

For years, law enforcement officials have been concealing their use of cellphone surveillance devices known as “StingRays” and “DRTBoxes” from courts, defense attorneys and the public in general, claiming any disclosure of use could jeopardize future criminal investigations and/or homeland security. Such avoidance has included police not obtaining warrants before using the devices, withholding information about the devices in criminal proceedings and rejecting open records requests filed by journalists and activists.

Documents obtained by the American Civil Liberties Union (ACLU), TheBlot Magazine and other institutions, journalists and activists detail the length at which law enforcement and the federal government go in keeping StingRays and other cellphone spy devices a secret. Such secrecy measures include the manufacturer of the device, Florida-based Harris Corporation, forcing local police to sign a non-disclosure order that requires agencies to disclose records requests with the Federal Bureau of Investigation (FBI) “in order to allow sufficient time for the FBI to seek to prevent disclosure through appropriate channels.”

“The NDA should not be construed to prevent a law enforcement officer from disclosing to the court or a prosecutor the fact that this technology was used in a particular case,” Allen told Ars Technica’s Cyrus Farivar. “Defendants have a legal right to challenge the use of electronic surveillance devices, and not disclosing their use could inappropriately and adversely affect a defendant’s right to challenge the use of the equipment.”

Allen also rejected claims that police were allowed under the agreement to secretly use the device without first obtaining a warrant, saying the FBI “requires a search warrant based on probable cause signed by a neutral and detached magistrate” before police can use a warrant.

That wasn’t always the case, according to a letter authored by two senators that was released earlier this year. According to the letter, the FBI’s policy was changed sometime last year to require law enforcement to get a warrant before they use a StingRay or other cellphone surveillance device, with some exceptions for emergency situations. Before, the FBI claimed police were justified in using cellphone spy gear whenever they wanted because the devices were being deployed in public.

A StingRay is one version of a cellphone surveillance device known as a cell site simulator. When activated by police, it mimics a legitimate cellphone tower, forcing all mobile phones in a given area to connect to it for purposes of surveillance. Once deployed, police are able to download a wealth of data from connected phones, including call records, geolocation data and other information.

Privacy advocates and civil liberties groups have criticized cell site simulators due to the intense secrecy surrounding their acquisition and use by police. Earlier this month, the U.S. Department of Justice was said to have started a preliminary review into how often police use StingRays and other cellphone surveillance devices. 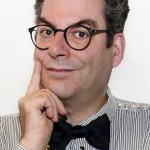 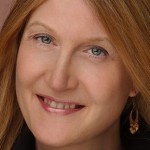