WHY DID THE INDIANAPOLIS MUSEUM OF ART’S PRESIDENT RESIGN IN DISGRACE?

So I’m not sure what is going on with people these days.  Sure, we had more than just a few days with Donald Trump as President of the United States.  And that has damaged not just our reputation, but the fabric of our culture and society.  White supremacy has more energy today than in decades.  And even people who don’t think of themselves as white supremacists are acting out.  As white supremacists.  The latest example of this is the president of the Indianapolis Museum of Art.  He just resigned in disgrace.  Why?  Well, it may have had a little something to do with the job posting he put up.

Read More: The Taint Bandaid Sends Microshocks to Your Balls For Better Sex

Yes.  A job listing.  He put together a listing for a job on a recruitment site for a director position at the museum.  Yeah, pretty senior and important.  So what was the problem?  Oh, jus the little detail of how the position’s responsibilities included maintaining the museum’s “traditional, core, white art audience.”  Um.  Wow?  That’s just… nuts.  And totally damning.  As you might imagine, a lot of people weren’t too happy when they saw the job listing.  And the Indianapolis Museum of Art is, well, a very important local institution.  I mean, it’s not like it’s the museum of the KKK.  It’s the arts!

SO, WHAT DOES A TRADITIONAL, CORE, WHITE ART AUDIENCE REALLY MEAN?

But for Charles Venable, now the former president of the Indianapolis Museum of Art, he didn’t seem to know any better.  For him, it was totally natural to have some major issues with his vision of the Museum, its past, and the idea for its future.  For one, whites are not the only tradition in the United States’ history.  If I recall, we’ve had African Americans (many of whom are the descendants of slaves), as well as a large Chinese American population.  You know, just for a long, long time.  But the outrage that this job listing caused quickly resulted in Venable’s resignation.

Really, what other option was there? This reflects on everyone in Indianapolis. 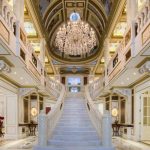 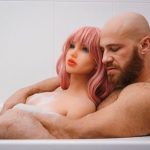