The FBI has arrested a Google employee accused of blackmailing women into sending him explicit images, according to a sealed warrant published online this week.

According to the warrant, Rotundo began stalking women while a student at the University of Texas (UT) at Dallas in 2013. In between studies, Rotundo set up a Google mail account, breastperceptionstudy@gmail.com, in which he pretended to be a researcher for a “breast perception study.” The non-existent study sought to examine “the public’s perception of different breast types,” the warrant says.

Using the e-mail address, investigators say Rotundo reached out to an unidentified UT Dallas student to seek her involvement in the fictitious study. In his first e-mail, he told the woman that if she were selected as a candidate, she would be compensated $4,500 in exchange for full-body nude images. Later, Rotundo was said to have increased this compensation to $8,500. Eventually, the woman agreed, sending Rotundo several full-body nude images of herself, investigators said.

“I’ve stumbled across some pictures of you — the type that I would hate for anybody else to see,” investigators say he wrote. “However, I’m going to need you to help me fill out the set (of photographs). Could you help me?”

At some point, the victim contacted UT Dallas police, who launched an investigation into the harassing e-mails. Police subpoenaed Google for information related to the two e-mail accounts and were later able to determine that the Internet Protocol (IP) addresses associated with the account matched ones used by Rotundo. Additional IP addresses resolved to a computer at Rotundo’s Google residence and another computer at a hotel that Rotundo stayed at during a trip to New York City, investigators said.

In June, authorities executed a full search warrant on the e-mail addresses used by Rotundo. Investigators found, among other things, various e-mail messages from an amateur pornography website Chaturbate, including a bill addressed to “Nick Rotundo.” Police also found e-mails sent to other female victims that were similar in nature to the one sent to the UT Dallas student.

Investigators said they also found e-mails that indicated Rotundo used keystroke logging software and was able to surreptitiously capture images from the webcams of at least two other female victims.

Earlier this month, a grand jury indicted Rotundo on three charges of cyberstalking and computer intrusion. Rotundo pleaded not guilty at his arraignment. He is free on $4,500 bail; according to a condition of his pre-trial release, Rotundo is prohibited from using the Internet.

A Google spokesperson did not return a request for comment by press time. 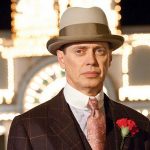