Whatever happened to Harlequin Romance novels?  Back in the eighties you could buy one at the grocery store for $2.50, and now it’s difficult to even locate one.  Remember the covers with the hard nipples wielding Fabio?  His flowing hair blowing in the wind while he held a lover or soon to be lover in his smooth but hairy man arms. Man loses woman, man proposes to woman, has been the sequence and formula of most of these stories.  Harlequin was great at establishing many authors and putting out hundreds of titles a month, in multiple languages. At one point, they were a 1.5-billion-dollar-a-year-business.  But over the past few years sales have declined due to the digital era of E-books. Sadly, Fabio covers are a thing of the past.

Fabio was on America’s Next Top Model way back in 2006.  His hotness became grossness when the models who were half his age had to pose with him for a Harlequin type romance novel cover.  They had to feign love, desire or horniness.  They oiled him up.  But he even had the same hair and it was just all kinds of wrong.  But it’s almost as though his hotness had faded so much that in a way, he represented the demise of the Harlequin Romance novel itself.  It’s just not what it was anymore.  People were seeking for it elsewhere.  It’s the digital age!  Millennials have Harlequit the tawdry romance novel.

The popularity of e-books became the competition.  Then they became the market itself.  People were more interested in having anonymity versus getting a hot cover with a desirable story.  So, they sought it out online in mostly self-published e-books. By 2010, these kinds of romance novels became the fastest emergent e-books in the marketplace.  So now, no more Fabio.  They now print less and less of these fabulous covers.  But that’s despite hundreds of titles in about thirty-four languages which are printed monthly. There has always been quite the appeal for the Harlequin romance, particularly in the international markets and now the digital world. 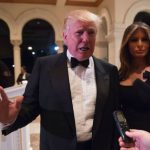