You might remember when Spike Lee used Kickstarter to fund his most recent film venture back in August of this year. Yes, this is the same Spike Lee who retweeted the address of George Zimmerman so people just as moronic as he could go after the man who would eventually be found not guilty. Too bad it was the address of the wrong George Zimmerman and innocent people were harassed. Oops. So, it’s no surprise that the film world’s version of Kanye asked potential backers to give him $1.25 million via a video where he talks about his “motherf***ing body of work” and saying the title of every film he has made. It’s also no surprise that people gave him enough money to easily surpass his goal to make this film that we know hardly anything about. Steven Soderbergh graciously dropped $10,000 of his own cash on this campaign. Does he know something that we don’t? Doubtful. Was this a strategic business move? Hmm…

Lee got his idea to crowdfund from witnessing some less conceited Kickstarter attempts from other big names in the industry. Zach Braff of “Garden State” fame said he wanted to raise money for his next film, “Wish I Was Here,” because he wanted creative control from the studio system. With a clever star-studded video, some great incentives and some early artwork from the project, Braff easily hit his goal of $2 million and went on to collect $3.1 million. Another successful fundraising attempt came from Rob Thomas, the man behind the canceled TV series “Veronica Mars.” Banking on nostalgia by using the original cast members in the campaign’s video and offering awesome perks for those contributing, he was able to raise $5.7 million. This crushed the $2 million goal and made “Veronica Mars” the most successful campaign in Kickstarter’s Film & Video category of all time.

There’s a lot of debate as to whether or not it’s right for already established filmmakers to use Kickstarter’s services to secure money for projects when the site has been known for giving opportunity to unknown talents and fledgling start-ups. Obviously, people can give money to whomever they choose. With these big names finding success on this platform, one might wonder how the little guys in film do in fundraising. Believe it or not, dozens of smaller projects have raised large sums of money from Kickstarter. Many of these happened long before the likes of Lee, Thomas and Braff were on the scene.

“Hunting Season” is the 67th most successful campaign in Kickstarter’s Film & Video category. Although no major names are attached, this gay web series luckily landed on LogoTV.com for its first season. After its time expired on the site, the creators knew they had to use the momentum and newly acquired fan base to propel the show into the next season. On Dec. 6, 2013, “Hunting Season” officially raised $151,406 from 1,574 backers. Not too shabby.

Actor Tyler French, who plays aspiring CW actor Reese on the show, says you should never underestimate the power of the fan. He actually thought 1,574 financial supporters was a low number, considering the Facebook page alone has over 35,000 likes. French actually admits to skipping out on the first two chances to audition due to nerves. After getting a third call from producer Jon Marcus, he knew he had to go in. Now, with a funded second season on the way, it might be one of the smartest decisions he has ever made for his acting career.

Will the big boys of Kickstarter open the doors for more of these smaller projects? Will Kickstarter get inundated with recognizable names seeking creative and financial control of their projects? Whatever happens, you can’t underestimate the power of the web series as we head into 2014.

You can find out more about “Hunting Season” here. 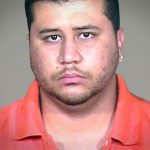 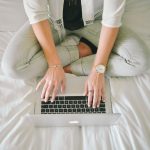