Paula Deen is in hot water again. But in her case it’d be oil, pronounced “earl.” Her social media manager tweeted a picture of her dressed up as Lucille Ball from a 2011 Halloween episode of Deen’s now-canceled Food Network series “Paula’s Best Dishes.” The major problem is her son, Bobby Deen, was in full brown-face makeup to portray Ball’s on-screen husband, Ricky Ricardo.

Everyone’s in an urban fervor over this egregious behavior, but people are ignoring the fact that this episode already aired on television. Plus, the show’s producer Gordon Elliott is there with a smile on his face as a tacit endorsement of this egregious behavior. This PR snafu did not take down the Deen Empire four years ago when the show aired, so why should we dust off our pitchforks and take more digs at the woman? The problem is she sheds a light on the racism everyone smiles through and ignores every day.

The Paula Deen story is a funny one. Here’s a super-sweet, super-Southern cuddly woman completely oblivious to the perils of heart disease and obesity. Her liberal use of butter, oil and other deliciously rich ingredients harkened back to the good old days when life was simpler. That is, until it was revealed her good old days endorsed African-American employees dressed like tap-dancing Negro stereotypes and liberal usage of the N-word. This resulted in, if you’ll pardon the pun, a fatwa on Deen and her empire. It’s a given. People who work in lifestyle brands shouldn’t be horrible people. Plus, in the wake of what’s happened in Southern race relations since the Deen debacle, it’s clear this quiet racism was just a powder keg waiting to explode.

Now, if we learned anything from the trailer of that old Ashley Judd/Tommy Lee Jones movie “Double Jeopardy,” the law prohibits a person being tried for the same crime more than once. It’s considered unconstitutional. So why should it be OK in the court of public opinion? Deen has given her requisite pound of flesh in the form of great financial loss. She’ll likely never become a national spokesperson or reach her old level of fame. Plus, the proverbial smack down for her good ole Southern racism probably didn’t do much to make her any less racist behind closed doors. But why is Paula Deen getting raked over hot coals for this? The answer is she represents racism in America. Her obliviousness doesn’t only extend to saturated fats — it’s also the fact that there are people subjugated and oppressed on a daily basis. The idea that there is someone alive who would want a restaurant where the wait staff all be “middle-aged black men” dressed like servants, in matching outfits, is disgusting. The idea that we enjoyed this person in some way clearly causes rage blindness.

The problem with this new Deen disaster is that racial equality and tolerance are not driving the bus. It’s clear people just want something to be mad at. A social media manager would be perfectly justified in posting a picture of the good old days when Deen was svelte and dressed as an iconic figure like Ball. The fact the episode went to air on a major network like Food Network was a silent endorsement that the brown face was fine. And yet, here we are attacking this crazy old racist for being a crazy old racist. Meanwhile, people aren’t talking about racism against Latinos or the history of brown face or how not much has changed for Latinos since the 1960s when “West Side Story” featured white actors playing Puerto Ricans and wearing bad makeup. It’s great to be angry about brown face, but attacking an old woman isn’t going to end racism.

This is not an endorsement of brown face. It is different than black face, which is disgusting for being a cheap shot on top of oppression. Brown face is insidious in a whole different way. It boils down an entire culture into a skin shade and a funny accent. Plus, if we’re being super honest, it’s just as racist to say, “You’ve got some splaining to do.” Desi Arnaz, who played Ricky, was born to a wealthy family in Cuba who lost everything in the revolution. He went on to become a huge star with his comedienne wife and pioneered the multi-camera sitcom and the rerun. But he’s forever remembered for playing the drums and having a funny accent. Has much changed for Latinos? Sofia Vergara is one of the highest-paid actresses in Hollywood. She delivers amazing performances, in her second language, with lines that are written with no logical syntax. She’s just the hot chick with the accent.

Racism against Latinos is still pretty rampant today. There are still gifted, American-born actresses who speak perfect English forced to talk in funny accents and pretend to be immigrants. People still don’t know the myriad of cultural differences between Caribbean people like Arnaz and Rita Moreno vs. Mexican people like Salma Hayek vs. people from Spain like Penelope Cruz and Antonio Banderas. All that being said, using racism against Latinos to take a cheap shot at someone who has already fallen so low spits in the face of the actual racism people allow to happen every day.

If we weren’t so mad at ourselves for letting racism exist, maybe we wouldn’t vent out our rage on people for being ignorant. So before we jump on Deen, maybe we should attack the racism at its source. After all, people were fine with it four years ago. 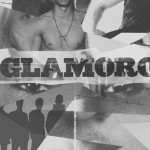 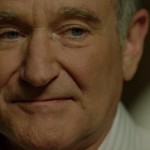