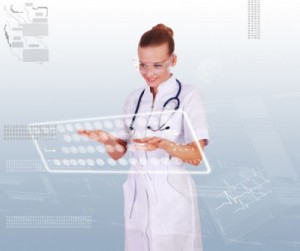 Editor’s Note: Dr. Richard Kaul reached out to TheBlot to tell his story. The words, opinions, claims and statements of fact found here are his. The BBC, Curbed NY and others have previously reported on Kaul’s past, and background information can be found in the attached links. TheBlot takes no particular stance on its reader-submitted stories or their veracity; our goal is for you to make up your mind for yourself. Anyone challenged or mentioned in this story is encouraged to write to us to have their side aired. This story and all op-ed reader-submitted pieces are bound by our Terms of Use and Privacy Policy.

Is the future grim for medical and scientific innovation in the small northeastern state of the U.S. called New Jersey? The answer to this somewhat rhetorical question can be found in a recent legal ruling from administrative law judge Howard Solomon. Through its surprisingly and widely unexpected punitive conclusion, the ruling has sent an anti-innovation message to the progressive New Jersey interventional spine community led over the last decade by me, Dr. Richard Kaul, MD.

Medicine has a long history of what are referred to as professional turf wars, and in this most recent high-profile case known widely as The Spine Turf Wars, there has been a highly contested dispute in the field of minimally invasive spine surgery. At the heart of the battle lies the conflict between traditionally trained neurosurgeons and what many consider to be the more innovative interventional spine surgeons, about who is qualified to perform these procedures. The last decade has seen a rapid evolution in spinal technologies and surgical techniques that even those in spine admit are difficult to standardize. As an interventional spine surgeon since 2004 and until 2012, I have performed 800 minimally invasive spinal fusions and discectomies in an ambulatory surgical center. I have confirmed both the possibility of the successful treatment of complex spinal conditions in an outpatient setting and, more controversially, that it can be done by physicians untrained in either orthopedics or neurosurgery.

Health care in the U.S. is a trillion-dollar business of which spine occupies a major part and which in New Jersey generates revenues in excess of $50 billion for hospitals and neurosurgeons.

The ruling from the office of administrative law, which is the lowest court in New Jersey with a legal process that is somewhat unorthodox and, some assert, contrary to basic principles of justice, is the first step in a long legal battle that will take years to resolve. It has attracted significant attention because of the professional and economic consequences to many in the lucrative and emerging field of minimally invasive spine surgery. Health care in the U.S. is a trillion-dollar business of which spine occupies a major part and which in New Jersey generates revenues in excess of $50 billion for hospitals and neurosurgeons. These monies attract politicians who view the physicians and institutions as potential donors to their campaigns, and this is where the possibility for undue political influence takes root and which allowed the New Jersey Medical Board to suspend my license. For those international readers not familiar with the constitution of state agencies in New Jersey, it would probably come as a surprise to learn that the medical board is politically appointed and not elected as is the case with the majority of medical councils in other parts of the world. The members of the medical board can be removed at the behest of the governor with the majority of their proceedings conducted in secrecy, much like the star chamber of medieval England. The potential for abuse of power is obvious, and in the case against me and many other physicians it has been fully realized.

The question that many American physicians ask themselves is how did their profession become hijacked by lawyers and politicians to such an extent that medical innovation is now almost extinct on the U.S. mainland? The geo-political centers of medical advances have shifted to countries that recognize the burdensome load of unnecessary laws and regulations that do nothing to improve health care or foster innovation but are designed to ensure a continuous revenue stream for lawyers and politicians. The advances in medicine over the last century are a consequence of forward thinking, but often vilified physicians that have found innovative solutions to clinical problems and persisted in their search despite the many professional hurdles they encountered.

One of the issues that makes my case so compelling is the fact that it occurred in New Jersey, which has traditionally been associated with medical and scientific research. The message, however, from Judge Solomon and the medical board to physicians runs contrary to this tradition of progress that has historically attracted businesses and helped grow the economy. To complicate matters, New Jersey is also facing a severe physician shortage that is exacerbated by what is referred to as the malpractice crisis. More physicians are leaving than entering the state. The suspension therefore of my medical license would not seem to be in the public interest, but more in the interest of my neurosurgical competitors.

One of the most vigorously contested legal points in the case has been the lack of any standard regarding the requirements for training to perform minimally invasive spine surgery, and in the pursuit of attempting to establish these guidelines, I and a number of my colleagues established The Society For Advanced Spinal Intervention (SASI), a professional society whose aim is the education of physicians in minimally invasive spine surgery. The state of New Jersey has done everything in its power to attack this honest and well-intentioned effort, choosing instead to ignore an opportunity for collaboration on a project that would bring credible attention to New Jersey and hopefully shift the global perspective away from the “Jersey Shore”/”Sopranos” associations.

The market forces of globalization direct talent and ideas into receptive regions and it would be a material loss for the people of New Jersey if their best and brightest sought intellectual refuge on foreign shores. To stem and hopefully reverse this tide, the physicians of New Jersey must reclaim their profession and support innovators. 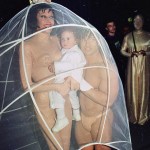