Daniel Radcliffe is nude again. This time it’s in “Horns” where he stars as Ig Perrish, a young man who tragically lost his girlfriend Merrin (Juno Temple) after she was viciously raped and murdered.

“Horns” is directed by Alexandre Aja (“The Hills Have Eyes”) and based on the bestselling book by Joe Hill. I find it impossible not to associate Hill with his horror-icon father Stephen King. Meeting Hill was eerie because he looks just like dad. I imagine it hasn’t been an easy road for Hill living under such a huge shadow, and much to his credit, he began his career by dropping his famous last name and earning some writing success on his own merits before people found out who he was.

Radcliffe has lived on the planet Fame for a long time. He debuted as a 10-year-old in “David Copperfield” and then spent his teen years filming eight “Harry Potter” movies. It’s impressive how well he’s moving away from being pigeonholed. Since Potter, he has played a cripple on Broadway, sang in a musical, had homosexual sex as Allen Ginsburg in “Kill Your Darlings” and starred in full-frontal nudity on stage in “Equus.” He nixed clothes again in the rom-com, “What If,” and now he’s sans attire in “Horns.”

To be fair though, aside from looking damn good with his clothes off, Radcliffe is much more. He’s a gifted actor, highly intelligent, funny, charismatic. Oh, yeah, and a rapper. On Tuesday’s “The Tonight Show” with Jimmy Fallon, Radcliffe rapped the Blackalicious lyric-heavy song, “Alphabet Aerobics” flawlessly (see the cool video below).

“Horns,” which opens on Halloween, is an overstuffed soup of ingredients: horror, fantasy, fairytale, crime, drama, romance, religion and lots of fun black comedy. It worked for me. I say, go for it.

It was a thrill to sit down with Radcliffe, Hill and Temple to talk about the movie.

Dorri Olds: How much was makeup vs. CGI?

Daniel Radcliffe: It was pretty much all real. The horns were there the whole time. All the stuff at the end was real. The snakes were real. There’s only one snake in the film made with special effects. We had to change it because when snakes get really cold, they go into this state that is really stiff, so if one looks like it’s made from rubber, it is. [Laughs]

You played the cripple in Broadway’s “The Cripple of Inishmaan.” In that play and in “Horns,” you had to change your body. Was that challenging?

Sure, but I really enjoy being physical and the challenge of playing different roles. With “The Cripple of Inishmaan,” I had to transform myself. But in “Horns,” the transformation of my look was by other people, and I was just the beneficiary of it. I always enjoy when you’ve gained distance between you and the person you normally see in the mirror. It’s fulfilling for an actor when it’s a complete change.

What do you think about so many genres in one movie?

That’s what excited me about this script. I think we live in a world where people are obsessed with the categorization of things, and I like that this is very hard to pin down.

Joe Hill: I love ambitious storytelling and especially in a scary story. A lot of bad horror has one-note characters like the jock or the geek. The character in most of those movies that has the most dimensions turns out to be the serial killer, which I find kind of morally odious. I don’t want to root for the bad guy. I want to root for the good guys. I don’t think horror has to be gory, disgusting or about shock or Satanism. I think it is about seeing characters you care about and root for and seeing them going through the worst and wanting them to pull through.

Horror is actually about empathy, not about nastiness. That’s why a sense of humor and romance brings more to a story. In the last decade, we’ve seen more and more movies that are only one thing. They’re only scary or only funny or only romantic. That’s not because it’s better storytelling, that’s because it’s so much easier to market. We know how to sell a movie like “Ouija” because it’s going to be stitched up eyeballs and things jumping out at you, and it’s just going to be scary for an hour and a half. That’s saleable but not necessarily a better story.

Joe, what did you perceive as the biggest challenge to adapting your book to the screenplay?

I never thought it would be a film. I just thought it was such a weird unlikely story. My leaping off point was Kafka’s “The Metamorphosis,” where you have Gregor [Samsa] wake up one day, and he’s an insect. But he was an insect even before he turned into a cockroach. He was a guy who worked in a cubicle and everyone looks through him. He has a meaningless job pushing papers, and even his family doesn’t respect or care about him.

So when he becomes a bug, it’s just an internal truth becoming externalized. It’s not like my other stories where there’s usually an explanation of things. They are more conventional stories that have at least fantasy explanations, but this is surreal magic realism. It’s very Kafka-esque. It has a black sense of humor, and it’s funny and has this very tragic love story and a lot of elements, and I thought that it was so strange that I couldn’t imagine that anybody would actually make it into a film.

What were you experiencing when your wrote such violent scenes in the book?

That makes me think of indie rockers who say things like, “I don’t know how anyone can dance to that song, I was in so much pain when I wrote it.” And you kind of want to swat them because they sound so pretentious and full of themselves, but “Horns” is a really unhappy and paranoid book that was written by a really unhappy and paranoid man. The whole thing is this muddle of being depressed and not feeling like I knew how to write a novel or do anything really well. In the end, I’m very proud of it.

Juno, how did it feel acting in those disturbing scenes?

Juno Temple: Shooting something like that is never going to be easy, and it shouldn’t be. When you sign on for playing a part like that, you have to be ready to take it on and not be a starlet about it. We shot in the middle of the night in a freezing-cold forest in Canada, and it was important to us to respect that. Don’t get a warm coat. Don’t get a hot chocolate. Be in it.

If I was really Merrin in that situation, I would be so frightened. Alex Aja created such an intense environment that night. It was cold. It was long. I don’t mean this as a complaint, but it was miserable, but you have to go for it and allow yourself to be frightened. To be honest with you, it does take a minute to shake it off — as it damn should because for any woman who has been through anything like that, it would be fucking horrible.

What did you think about Ig and Merrin’s love story?

I’m a hopeless romantic, and I truly believe in love. At any age you can fall madly, deeply, wholeheartedly in love with someone, and it can last forever. It’s an interesting idea to think we never fully know someone. Part of the joy of being human is having a history with someone. But I also think every human should have a bit of mystery. If you knew them entirely, you might not be entirely in love with them.

This is an honest love story. They are wholeheartedly in love with each other, and sex is a big part of being in love. This love story, it’s painful as hell because Ig’s love has been ripped away from him and not only that, he is also charged with murdering her. He really did love her, and everyone around Merrin loved her. She was this presence. You meet people like Merrin in the world, and they have this incredible light around them. You’re so happy and feel so lucky to know them. Merrin is like that.

Do I feel she is wholeheartedly good in a religious and angelic sense? No, she is human. But, my god, she’s a good human. She and Ig have this incredible balance and, weirdly, when you look at Ig after he becomes this devilish, demonic creature, he is also using it for good to try to solve the horrible crime. It is the idea of playing with good and bad. Bad can be good, and good can be bad. 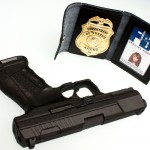 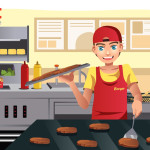