When you sit down to watch your favorite TV show, do you ever wonder what goes on behind the scenes? No, not what Charlie Hunnam eats in between takes on “Sons of Anarchy” or what Kaley Cuoco looks like before getting in “The Big Bang Theory” makeup chair — we’re talking so far behind the scenes that the scene hasn’t even been written yet.

Welcome to the writers room, where the magic that you see each week on your show truly begins thanks to the often faceless writers, producers and creators — aka the showrunners. These people — such as J.J. Abrams, Joss Whedon, Kurt Sutter, Damon Lindelof and more — are front and center in the aptly named “Showrunners,” a documentary by first-time filmmaker Des Doyle.

TheBlot Magazine sat down with Doyle and producer Ryan Patrick McGuffey earlier this month at New York Comic Con to find out what made them want to make “Showrunners.”

Nikki M. Mascali: How important was it to tell the story of the people behind some of the most beloved shows on TV?

Des Doyle: I’m always fascinated by the creative process, I always wanted to read whatever I could about writers; I’m one of those people who buys a DVD and listens to the commentary because those are the people who created that world, created those characters. A lot of people in this day and age, especially in how television is consumed now, are interested specifically in what goes into the process of making those things. That was one of the big things of me doing this movie. You kind of don’t have a show without the writers.

What was the most surprising thing you found out about a showrunner’s process?

Ryan Patrick McGuffey: What a shit show it could be, how far down to the wire it gets before something actually gets done. You’ve got so many voices, so many chefs, like the network, in the kitchen weighing in on every decision you make, actors oftentimes give notes on writing …

What we did discover was that no two [writers] rooms were the same. No two writers have the same kind of methodology. There’s really no one set direct line to get from writers’ room assistant to showrunner. People have come to the job from so many different angles and places in and around the industry. Janet Tamaro was a reporter for years, so her process is very different, which then informs her writing. There’s so many different approaches.

Was it hard to get writers to open up, or were they happy that someone was finally talking to them?

DD: It depends. There is a certain expectation for them where they are contractually obligated to do a certain amount of PR for the show, but we were talking about them in a very different way. We weren’t asking them about what’s happening this season, what’s it like working with David Boreanaz — we were asking them about them, their process, their journey … One of the key selling points of the film is how candid people have been with us.

RPM: And writers, that’s their voice onscreen, but they’re behind the camera, so yeah, they were shocked that people wanted to know the things we were asking about the stories they had behind the lines.

How many people did you approach vs. how many actually participated?

They all talk to each other. Walking out of the “Fringe” offices with Jeff Pinkner and J.H. Wyman, we literally walked into Joss Whedon, who was doing post [production] on “The Avengers.” We had been talking about him for ages, and he’s like, ‘Yeah, I have a few things I’d like to say about showrunning; you should contact my assistant.” A couple months later, we were interviewing him at his house the day after “Avengers” premiered talking about “Buffy the Vampire Slayer.”

DD: It took us about four months to get the first person on camera. But that was, like, a year of trying to get to Joss before we comically bumped into him. It was 18 months to get to J.J. Abrams, but toward the end of the process, we had people calling us asking to comment.

“Showrunners” will be released on VOD and in Los Angeles theaters Friday, Oct. 31. Documentary. 90 min. Not rated. 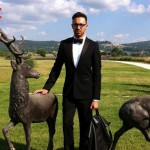 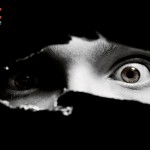