Federal law enforcement officials have come under fire over the past two weeks after several investigatory tactics drew ire from court officials and civil liberties groups.

On Wednesday, The Associated Press reported that agents with the Federal Bureau of Investigation had shut off Internet access to a variety of hotel suites in which the occupants were suspected of participating in online gambling, then masquerading as Best Buy “Geek Squad” technicians in order to gain access to the suites.

A warrant was later issued for the arrest of four men after agents pretending to be technicians surreptitiously recorded video inside the hotel suites. In total, eight people were targeted, arrested and charged in connection with the online gambling ring. Lawyers representing the accused are seeking a dismissal of evidence in the case, saying the ruse that led to the arrests was carried out by FBI officials against the advice of federal prosecutors.

“They were trying everything they could to get inside without a warrant,” Thomas Goldstein, a defense attorney representing one of the men, told The Associated Press in an interview.

The case is the third such to surface over the past few weeks involving questionable investigatory tactics by federal law enforcement officials.

Earlier this week, documents published by the Electronic Frontier Foundation revealed FBI agents had crafted a fake news article in order to find out the identity of a person suspected of phoning in bomb threats to a local high school in Washington state. In that case, agents sought permission from a court before sending the article to a person of interest on the social-media website MySpace in 2007.

The news article was designed to look like a legitimate story written by The Associated Press and published by The Seattle Times newspaper. When the suspect clicked on the link to the article, software that revealed the suspect’s location and Internet Protocol (IP) address was automatically downloaded to his computer. From there, FBI agents were able to identify and arrest a juvenile suspect in connection with the bomb threats.

The revelation drew sharp criticism from The Associated Press, with the news agency saying the tactics by federal law enforcement were “unacceptable” and “undermined the AP’s credibility.” The Seattle Times also reacted angrily to the news, saying the ploy showed the government’s “outrageous disregard of the role of the press in a free society.”

“Not only does that cross a line, it erases it,” Seattle Times editor Kathy Best said in a statement published in the newspaper on Tuesday.

In another case, the U.S. Department of Justice (DOJ) defended the Drug Enforcement Agency’s use of a woman’s identity without her consent in order to catch drug suspects. According to court documents, DEA agents used photos belonging to Sondra Price in 2010 for a Facebook page in which DEA agents lured drug suspects into various conversations. DEA agents used Price’s photos found on a seized phone that was entered into evidence after Price was arrested — and later convicted — of participating in a drug ring.

Price later sued a DEA agent for coordinating the fake Facebook page with her photos and information. A judge ruled against her, determining that the Facebook profile had been set up for a “legitimate law enforcement purpose.”

Privacy advocates say a law enforcement agency’s ability to assume another person’s identity without the permission is “shocking.”

“This case illustrates the importance of digital privacy and identity, and the possibility of abuse when law enforcement is able to access the trove of personal information that we store in our devices,” Mariko Hirose, a staff attorney for the New York Civil Liberties Union, told The Washington Post.

Initially, the DOJ defended the DEA’s use of the woman’s photos. But the agency changed its tune after the website BuzzFeed broke the story; the DOJ now says it will review its policy with respect to impersonating citizens.

Meanwhile, Facebook has called on law enforcement to stop making fake profiles on its service, saying it wants assurances that what happened to Price is not being repeated. Facebook executive Joe Sullivan wrote that the website’s policy of using one’s real identity applies to everyone — including federal police.

“Facebook has long made clear that law enforcement authorities are subject to these policies,” Sullivan wrote in his letter to the DEA. “We regard DEA’s conduct to be a knowing and serious breach of Facebook’s terms and policies.”

While creating a Facebook profile may have stood up in court, the opposite could be true in the online gambling case. Prosecutors say in that case, a judge will most likely find that evidence gathered for trial was improperly collected because federal agents circumvented the necessary application for a warrant.

Matthew Keyes is a contributing journalist for TheBlot Magazine. 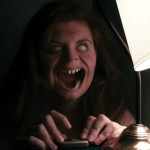 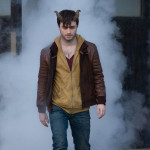