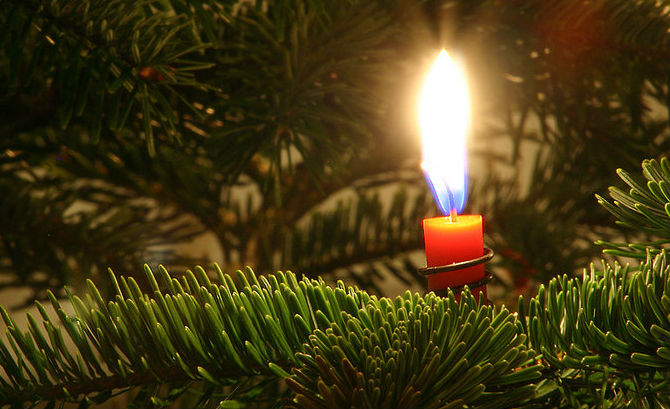 Once again, the right wing is ginning up the evangelicals by talking about “The War on Christmas.” Apparently, they take offense at the idea that some people say “Happy Holidays” instead of “Merry Christmas,” that manger scenes don’t “decorate” the lawn in front of city hall, and that the kids in public schools might have to sing about a dreidel as well as a red-nosed reindeer. In their wildest nightmares, though, they probably haven’t worried about a legal prohibition on celebrating Christmas. But there actually was a time when celebrating Christmas in America was illegal.

I’ll let the historic record speak for itself:

“For preventing disorders, arising in several places within this jurisdiction by reason of some still observing such festivals as were superstitiously kept in other communities, to the great dishonor of God and offense of others: it is therefore ordered by this court and the authority thereof that whosoever shall be found observing any such day as Christmas or the like, either by forbearing of labor, feasting, or any other way, upon any such account as aforesaid, every such person so offending shall pay for every such offence five shilling as a fine to the county.”
From the records of the General Court,
Massachusetts Bay Colony
May 11, 1659

In those days, a field hand in Massachusetts could earn roughly six shillings a week. So, this was a substantial fine — quite a bit more than a speeding ticket would be today.

The reason for the law is right there at the beginning of the record — “for preventing disorders.” In the 17th century, Christmas was celebrated quite differently from the way it is today. Rather than the family-focused feasting and gift exchanging, Christmas was more like Mardi Gras or St. Patrick’s Day. Those observing Christmas in the Massachusetts colony “are consumed in Compotations, in Interludes, in playing at Cards, in Revellings, in excess of Wine, in mad Mirth,” according to a big shot in those days, Reverend Increase Mather (you have to love the Puritans’ names — one member of Parliament was christened Praise-God Barebones). Compotations is an old word meaning “drinking together.” The rest is pretty self-explanatory.

Have you ever noticed that the British say “Happy Christmas” rather than “Merry Christmas?” In the 17th century, making merry had a very specific meaning — to carouse, to celebrate wildly and drunkenly. “Merry Christmas” is actually a holdover from the time when Dec. 25 was a day of debauchery. Even though the Church of England kept Christmas on the books, Bishop Hugh Latimer wrote, “Men dishonour Christ more in the twelve days of Christmas, than in all the twelve months besides.”

Then, there is the custom of wassailing — as in the carol lyric “Here we come a-wassailing among the leaves so green.” A wassail is an alcoholic punch of wine, cider and/or beer mixed with spices. It’s also a toast, and eventually it turned into a kind of adult trick-or-treat. Around the year 1600, people started taking their wassail bowls from house to house offering the inhabitants a drink. Not long thereafter, people expected some kind of payment in exchange. Mix that with the “misrule” found in the customs of the times (the master serving the servant, the fool as king, etc.), and you find that the poor would often enter the homes of the rich expecting food and drink. Needless to say, the founding Puritans of Massachusetts saw nothing fun about this.

The Puritans made two other arguments against celebrating Christmas beyond a general disdain for the frat-house approach some people took. First, the scriptures acknowledge no holiday (holy day) save the Sabbath. Second, the Puritans knew their history — Dec. 25 was ahistorical. They were pretty sure that Jesus of Nazareth was born in the spring; the Gospel of Luke speaks of shepherds with their flocks in the field. Any farmer knows sheep don’t abide or do anything else in a field in December; you pen them up for the cold winter months. That gospel has other clues that make a spring birth the most likely. December, however, was the time of pagan solstice partying and the Roman Saturnalia. The ancient church merely took over those holidays in the name of Christ’s birth.

The legal ban lasted a couple of decades, and in 1681, the five shilling fine was lifted. But that didn’t make Christmas socially acceptable yet. Evergreen decorations, a pagan thing, remained discouraged in private homes and expressly forbidden in Puritan meeting houses (what non-Puritans would call a church). Merrymakers couldn’t be fined for celebrating Christmas anymore, but the charge of disturbing the peace stuck. As late as 1870, Dec. 25 was a regular school day in Boston.

While the Fox News crowd complains about a war on Christmas, the fact is that those early Americans who came to this country for religious freedom made it illegal to celebrate Dec. 25. Irony, my favorite dessert. 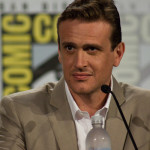