News broke on Thursday that the late author David Foster Wallace will be portrayed in an upcoming movie by none other than “Forgetting Sarah Marshall” and “How I Met Your Mother” actor Jason Segel. This might seem extremely surprising to some given than Jason has, well, how can we put it, appeared in more than a fair amount of lighthearted comedic movies. Given that Wallace was, shall we say, more cerebral than your average suicidal genius, it’s left some fans up in arms.

The movie is about the book tour that Wallace ventured on to promote his magnum opus, the 1,104-page novel “Infinite Jest,” heralded by many (but not I) as one of the greatest books of the modern era. Oh, and “The Social Network”‘s Jesse Eisenberg costars as the Rolling Stone interviewer David Lipsky, who followed Wallace on the tour and eventually wrote a book about getting to know the late author. The book was called “Although of Course You End Up Becoming Yourself,” and was released in 2010 to widespread praise.
Writing about anything regarding the famed (and sadly, dead) author is a little like writing about music. Everyone has a different opinion on it, some people thought he was the second coming, others couldn’t stand him and thought he was too pretentious. For my money, though, for all the pain it seems to be causing some fans that a comedic actor will portray their idol, they could have just as easily cast Rowlf from “The Muppets” in a bandanna.

See? Totally looks like him. Infinite jest, indeed.
From The Wrap:

“James Ponsoldt (‘The Spectacular Now’) will direct from a script by playwright Donald Margulies, who adapted Lipsky’s book ‘Although of Course You End Up Becoming Yourself: A Road Trip With David Foster Wallace.’ Coincidentally, Ponsoldt used to work at Rolling Stone while he was in college.

Story finds Lipsky accompanying Wallace across the country on a book tour promoting ‘Infinite Jest,’ just as Wallace starts to become famous. Along the way, jealousy and competition bubbles up between the two writers as they discuss women, depression and the pros and cons of fame.”

And my favorite DFW passage:

“… in the day-to-day trenches of adult life, there is actually no such thing as atheism. There is no such thing as not worshipping. Everybody worships. The only choice we get is what to worship. And the compelling reason for maybe choosing some sort of god or spiritual-type thing to worship — be it JC or Allah, be it YHWH or the Wiccan Mother Goddess, or the Four Noble Truths, or some inviolable set of ethical principles–is that pretty much anything else you worship will eat you alive. If you worship money and things, if they are where you tap real meaning in life, then you will never have enough, never feel you have enough. It’s the truth. Worship your body and beauty and sexual allure and you will always feel ugly. And when time and age start showing, you will die a million deaths before they finally grieve you. On one level, we all know this stuff already. It’s been codified as myths, proverbs, clichés, epigrams, parables; the skeleton of every great story. The whole trick is keeping the truth up front in daily consciousness.

Worship power, you will end up feeling weak and afraid, and you will need ever more power over others to numb you to your own fear. Worship your intellect, being seen as smart, you will end up feeling stupid, a fraud, always on the verge of being found out. But the insidious thing about these forms of worship is not that they’re evil or sinful, it’s that they’re unconscious. They are default settings.

They’re the kind of worship you just gradually slip into, day after day, getting more and more selective about what you see and how you measure value without ever being fully aware that that’s what you’re doing.

And the so-called real world will not discourage you from operating on your default settings, because the so-called real world of men and money and power hums merrily along in a pool of fear and anger and frustration and craving and worship of self. Our own present culture has harnessed these forces in ways that have yielded extraordinary wealth and comfort and personal freedom. The freedom all to be lords of our tiny skull-sized kingdoms, alone at the centre of all creation. This kind of freedom has much to recommend it. But of course there are all different kinds of freedom, and the kind that is most precious you will not hear much talk about much in the great outside world of wanting and achieving…. The really important kind of freedom involves attention and awareness and discipline, and being able truly to care about other people and to sacrifice for them over and over in myriad petty, unsexy ways every day.” 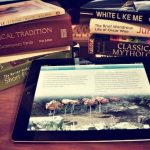 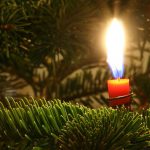