The ’80s were a big decade — one teeming with large fashion, gigantic expenditure and grandiose hopes and dreams. It wasn’t all good — there were a lot of messes running around and some truly awful things happening — but something about the production values really resonated and still do. Here are 10 things that made the decade extra special:

They flourished on MTV, back when an artist absolutely had to have a grabber of a three-minute clip to show off their new single. The popularity of the video form helped fuel the dominance of talented, colorful stars like Cyndi Lauper, Boy George, Cher, Madonna, Whitney Houston, Michael Jackson, Patti LaBelle, Annie Lennox, The B-52s and Tina Turner — a real army of kooks who knew how to play to the camera. New wave also reigned, and it wasn’t even that bad, once you succumbed to the mumbo-jumbo lyrics and synth-crazed hooks.

“Dynasty” ruled TV with its campy melodramatics, ying/yang showdowns (between Joan Collins’ Alexis and Linda Evans’ Krystle) and jutting shoulder pads. It was the guiltiest pleasure of the decade, so to take the sting out of it, a writer I know named Ricky Spears held regular “Dynasty” viewing dinners at his place, and they became de rigueur happenings for scenesters brave enough to admit a shared passion for the show. You were encouraged to dress like the characters (some of us already did, LOL) and to partake of a “Dynasty”-influenced menu as we sat, breathlessly engorging ourselves on each new episode. Until the Moldavian massacre, the show (1981-’89) was priceless ’80s fun. It was certainly better than “Duck Dynasty!”

Before it was a Conde Nast men’s glossy, Details was a whole different animal. It was a wondrously tuned-in, Annie Flanders-edited mag that zeroed in on club life, fashion, culture and personality, anchored by Stephen Saban’s witty nightlife column. I always felt extra validated when my byline (or photo) appeared in that publication — preferably both. 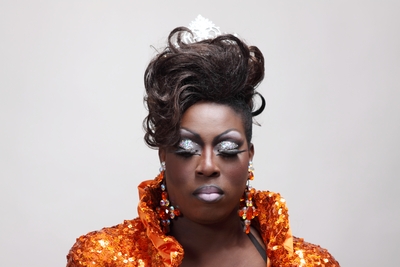 Part of what fueled Details’ success back then was the proliferation of drag queens, clubbies and performance artists making the scene and exuding a creativity and uniqueness that rendered them well worth covering. Manhattan was way more affordable, so the downtown crowd was able to find relatively cheap apartments where they could crash after a night of starring and schmoozing. But I don’t lament the loss of this too much, since bohemia is pretty much everywhere now. It’s not only moved its geographical borders, it’s also been subsumed by the mainstream, with TV and social media reflecting it on a larger scale than when it was just city-based.

AIDS started rampaging in the ’80s, along with confusion, fear, grief, indifference, bigotry and rage. Starting in 1987, the activist group ACT UP (AIDS Coalition to Unleash Power) summoned the LGBT community’s horror on the subject and aimed it at the folks who were putting up extra roadblocks out of bias or just inertia. So many of the people who initiated and/or participated in ACT UP were brilliant, and their ideas for rallies and other protests proved to be history making.

“Raging Bull” is widely considered to be one of the best American films ever made. “Coal Miner’s Daughter” was another sensational biopic. “Beetlejuice” was an inspired comedy bristling with manic energy. Kookiness kept coming with “Melvin and Howard,” “Working Girl” and “Moonstruck”, while high-toned quality reigned with “Henry V,” “A Passage to India” and “A Room With A View.” Meanwhile, the greats kept delivering, John Huston with a potent “Prizzi’s Honor” and Woody Allen with a textured and affecting “Hannah and Her Sisters.” And let’s not forget “Terms of Endearment,” “Witness” and on and on until the popcorn threatened to run out.

While the prevailing point of view is that the teased, feathered, and tortured ‘dos of the ’80s forever imprinted that decade with embarrassment, I have to admit I sort of enjoyed them. They were so nutty, illogical and wrong that they were kind of fabulous. True, the Flock of Seagulls haircut wasn’t terribly flattering on that guy, but when the whole country joined in on ceiling-scraping coifs, throwing caution (and scissors) to the wind, the result had a goofy un-self-consciousness to it that proved communally triumphant. We were all defying gravity — and good sense — while turning our hair into veritable skyscrapers out of sheer will. Besides, the hair went with the shoulder pads.

In certain markets, it was everywhere! (Or at least it seemed that way.) Some people found that they could get paid full-time money for doing a few hours of work a week! Plus expenses and benefits! It was like a game show where you grabbed at cash as it kept falling from the sky. Alas, that show was apparently canceled.

It was far from the best decade for musicals — in fact, there were some years with very weak Tony categories — but there was still some hot stuff, like the sleek “Nine,” the frisky “Dreamgirls,” the clever “The Mystery of Edwin Drood,” plus Sondheim classics “Sunday in the Park With George” and “Into The Woods.” And any decade with some good musicals gets my ovation.

Thanks to this little demon, I was never bored. Frustrated and mad, LOL, but never bored! And it certainly helped one work out frustrations related to the Brat Pack, Jerry Falwell, Cabbage Patch kids and Lionel Richie! 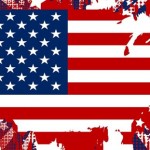 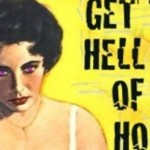